In 2019, shortly before the entire office collectively moved downstairs to continue our work in brighter spaces, there was a new person at Andrea’s desk.
Her name was Triin, and she was a designer on loan from AD Angels, one of our ICOM partners, as part of ICOM’s Agency Exchange Program. Launched in 2016, the ICOM Agency Exchange Programme was created just for this kind of situation: for agency workers within the network to be able to go and experience how other agencies operate and enhance their own learning. However, this was the first time two people had gone on a simultaneous exchange!
Triin was our Agency Exchange for 2019, and for a week, Andrea’s normal corner became her desk. We caught up with her a little while after the exchange to see what she thought about it. 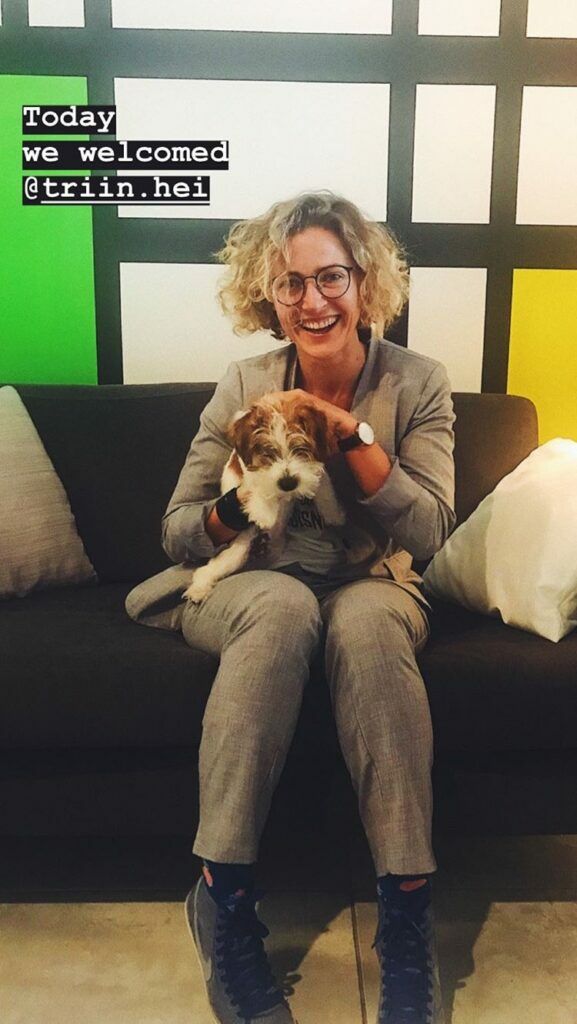 What were you expecting?

I’d heard of Switch through the ICOM newsletter, and also through my colleagues, Annika and Kärt; they’d praised Switch, and the people working there, after they attended the ICOM conference in Malta last year, and I was eager to learn more about the agency. Then I found out that it might be possible, through the Agency Exchange Program, to go and work there for a week!
At first, I was a bit afraid that I would not be good enough for them, and I was really worried about what they would expect of me. I’d never worked in another agency on an exchange before, so I was concerned that I wouldn’t be a good fit.
However, my aim was to learn something new from the experience, so I really wanted to do it, regardless! I’ve always felt that it’s important to step out of your comfort zone, and a change of environment is always a good source of inspiration.

Were you looking forward to doing any particular work in Malta?

I didn’t really know what to expect, so I just went in eager to do anything. My main job, while I was there, ended up being for eCabs, Malta’s leading cab company.

Because it was such a short exchange, I was mostly working on designing a social media structure for eCabs with the core Switch team involved with that client. Their process was really interesting to watch, and I feel like I learned a lot from it, both theoretically and technically.

Were you afraid or intimidated by anything in particular?

Social media! As a designer, I don’t really have a lot of opportunity to work with social media. Given how quickly social media changes, and how  necessary it is to stay up to date with all the latest developments and to be able to respond quickly, I was looking forward to working with a social media company.
The language barrier was also a bit of a challenge for me! I’m not used to communicating exclusively in English within the work environment, but the team made me feel right at home, and communication wasn’t an issue. 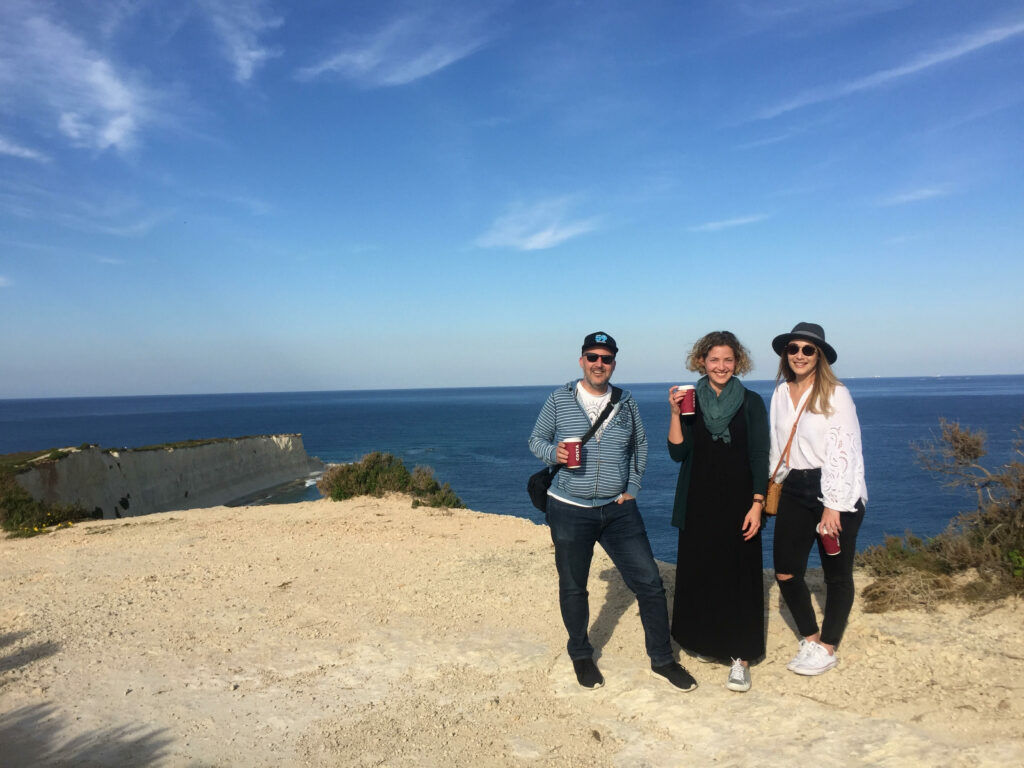 What were you looking forward to?

I was really curious about  how everyday work was done in another agency, e.g. how meeting and brainstorming sessions take place, and how tasks are divided.
As mentioned earlier, social media is something which I felt I needed to learn more about, so I used the exchange at Switch as an opportunity to expand my knowledge in the field.

Did you learn anything about the way the agency worked that you really liked? Or anything that you found strange but that you got used to?

I really liked working with the internationally diverse team at Switch, and it gave such a great opportunity to see things from different perspectives! As a general rule, everyone at the office mostly speaks in English so they don’t leave out their coworkers, however occasionally you could hear Maltese and Lithuanian, too, being spoken.
Another very interesting experience for me was taking part in the ‘Traction Talks’ events that were organised at Switch, where they host an evening of discussion at their office. Seeing everyone out of office hours and getting to network with the Switch team was really enjoyable!

What were you most excited to show off about your country / ad agency?

Mostly, I was drawn to Malta because of the similarities between Malta and Estonia. Both Malta and Estonia are really small countries with really different cultures and customs, and we need to be smart and innovative to stand out and stand with bigger agencies.
As a result, every project worked on is made with passion and commitment, which then also inspires people to aspire and seek improvement.

What did you learn, at the end of the experience?

Switch employs very focused and devoted people who love what they do. During my stay, I got a lot of ideas on how to develop professionally and do things better. The people there helped me develop my skillset, and I was so inspired by the beautiful Maltese nature and environment. I am very grateful that the project became a reality and I think that it was a very rewarding experience.

Next, we caught up with Annika Avikson, Triin’s colleague, on what she thinks of the Agency Exchange program.

What does the agency get out of having an exchangee there?

Some freshness, a different outlook on how things are done, and added creativity, but there are more benefits than these.
It also gives you a reason to do extra activities with the team, go to places and have some fun. It was lovely getting to know Andrea as besides being very talented, he was also very sweet.

What’re the benefits of exchanges?

I think it is a great staff incentive, as well! On one hand, it is always beneficial to learn how other agencies work and see other agency cultures, but it is also a possibility to travel to new places. Personally, travelling is always inspiring!

Was it hard to set up this exchange and plan what you would have the exchangee doing?

It is so much easier than one might initially think!
As we did the exchange simultaneously so as not to lose “manpower”, the most difficult task was to find a time that would suit both agencies. After that was settled, it was really easy: all we needed to do was purchase plane tickets and find a suitable apartment through Airbnb. We decided that we’d be rather spontaneous with regards to work, meaning that Andrea just engaged in projects on the table at the moment.
And he really dived into them and we were really happy with the work he did.

Would you do the exchange again?

Definitely. We also loved hearing about, and learning from, what Triin had experienced at Switch. We actually have implemented a few good ideas from the way Switch puts together presentations.

Would you do something different for the next exchange?

Ideally, I’d make the exchange a bit longer than one week, but other than that I think everything worked out well.

What are the benefits of the ICOM network in general?

ICOM has a great culture of sharing – sharing clients, sharing ideas, sharing experiences, sharing lessons learned. It is great to know that we have real partners all around the world who can always help us and help our clients;  it is such a great value! And then there are also the conferences where we get to hear from inspiring speakers and learn about new cultures and places. 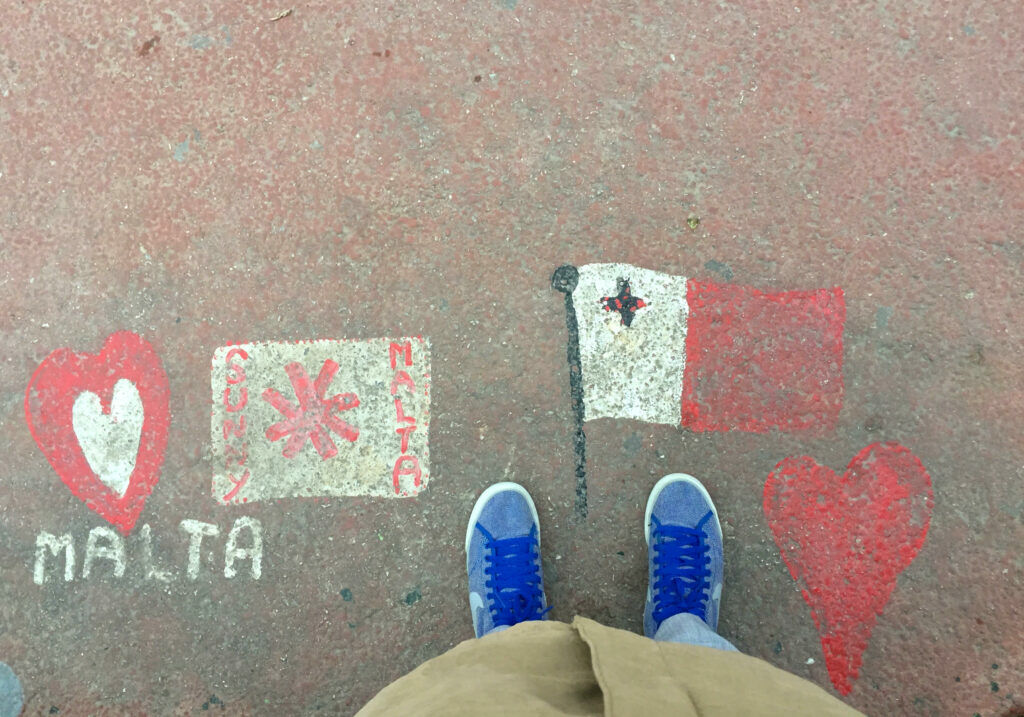 One week is a very short amount of time, however having Triin in the agency did teach us a lot about how we work, and how important it is to have fresh input from new people, especially for long-standing clients. It can be difficult to gain a different view on something that you’ve been working on for so long, so having someone new to the agency allowed us to think about our process of work a little more deeply.
Would we do it again? Absolutely! The way forward is always through opening yourself up to new experiences, and there’s so much more we want to learn that using a program like the ICOM Agency Exchange scheme makes sense. That fresh perspective opens up a lot of avenues for creativity, and that’s something we can never have enough of.
Thank you, Triin! We enjoyed having you at Switch; come say hello next time you’re on the island! 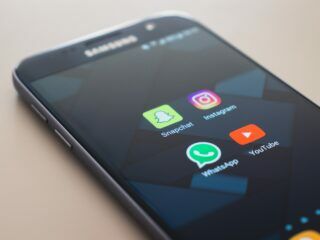 Previous Post (p) On Internal Communications In the Open Office 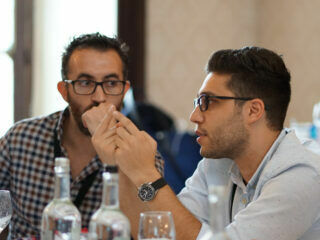 Next Post (n) On the ICOM Ad Agency Exchange: Rik and Andrea