Most corporations still don’t give a fuck about gay rights.

But it’s Pride again and Burger King Austria has brought out a campaign that has everyone with a Twitter handle burning the midnight tweets.

Let’s talk about it.

Burger King has been bringing out Pride ads since 2014, so this isn’t exactly out of the left field for them. In fact, given Burger King’s most recent ads, this is exactly what a 2022 Pride ad for a Burger King branch is supposed to be: tongue-in-cheek, light-hearted, and kind of silly.

The backlash against this ad goes one of two ways: either ‘burgers don’t have to be a political statement’ or ‘you didn’t consult a single queer person in making this ad’. Thinkpieces on CNN, Forbes, Gizmodo, and others have been making the rounds on social media by taking jokes about the tweet out of context under the banner of rage, and racking up a lot of views in the process.

And – through it all – Burger King gets free publicity.

It’s an ingenious, calculated marketing move that shows clearly that Burger King has learned from its mistakes.

Or, it’s a mistake, but a harmless one.

Here’s what we think.

Look: pride campaigns have a challenging road ahead of them to ‘good’. When you throw in a human cause with the express intention of drawing your audience to one side of the line in the sand, something will get mixed up along the way, and what you’ll be left with is an ad campaign that phones it in.

This Burger King Pride ad is one of them.

It’s different. It stands out without taking the same route to Pride as other brands do: the rainbow packaging, the all-inclusive catch-phrase. Burger King, as a brand, is still at the forefront of this ad, something that becomes a rarity once Pride comes around and organisations try to make it very clear where they stand.

It sticks to the brand tone of voice.

It sparked a conversation.

It doesn’t pander. And the choice of translating it into English for international appeal can be seen as a deliberate move to get exactly this sort of reaction; to see exactly this kind of conversation play out.

As Tom put it, “it’s just a bit funny, really, and sort of – reverse psychology, I think. It’s all we’ve been talking about, after all.”

From a quick look at Twitter, Tom seems to be right on the money. The most popular tweet about the whole saga gained 12.8k retweets and over 600k likes in just five days.

On the other hand: Why Burger King Pride 2022 doesn’t work

The biggest thing that has been said about it online is ‘you didn’t consult anyone gay, did you?’

As a Pride ad without the Pride taken into account, it works.

Once you look at the audience that it was intended for, you can see that it doesn’t really. Or, as our Accounts Manager Lisa Cutugno said, “it’s like they didn’t think it through.”

Top and bottom subcultures have been around for decades, so using terminology that’s thrived since the 50s is a step in the right direction. The problem lies in the fact that the terminologies used have taken on a different identity in the mainstream, and it’s partially the concept of always-online fandom culture to blame.

Luke puts it best, “it seems like they didn’t take into account the fact that the terms ‘top’ and ‘bottom’ have entered the mainstream lexicon in the last few years and just went the equal route, as in same-sex – this might have worked better like 7 or 8 years ago when those terms were less well known, perhaps.”

Actually it’s been done before—

In 2017, McDonald’s came out with this campaign.

It’s an identical campaign, save for a different cast and country.

What’s interesting about this campaign is that it didn’t have any backlash.

To be fair, it also wasn’t well-known outside of the country – two things that set the Burger King Austria ad apart. Whether or not it is more successful than the McDonald’s campaign of 2017 has yet to be seen, but it is definitely far more noticeable which says a lot about the way that consumers have changed the way they feel about these conversations.

Controversial or not, our CEO had a very valid point to make: “if you are not ready to face potential backlash, you’ll never do anything different. So I applaud their appetite for risk, even if they went awry this time around.”

Burger King has a tendency to make mistakes. All big corporations will eventually put out an ad that draws ire from someone.

However, it seems as though the fallout from their Women’s Day tweet seems to have taught them a lesson in how to balance risk with reward, and when to go for it.

At the end of the day, this campaign is not going to be remembered in the long-run – but for a brief moment, it had the whole world talking and no lasting damage was done except to fragile right-wing pundits who get offended at everything.

All in all, not bad for a regional campaign. 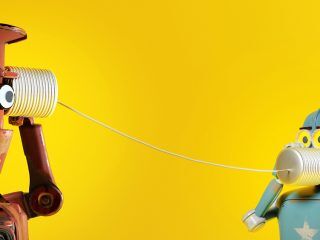 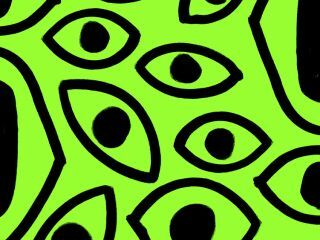