Google is worth Billions. Why is that? Simple, it made around $60 billion in advertising sales in 2014. That was nearly 90% of its revenue for the year.
Just in case it hasn’t sunk in: Sixty Billion. To put it in context, it’s about 6 times Malta’s GDP (for 2013).
That’s just Google. True, it might have the largest share of the online advertising pie, but it’s not alone. Facebook is raking in billions (around 11.5 of them in 2014), and then there’s all the money spent with individual, independent advertisers (such as timesofmalta.com).
Just in case you haven’t gathered what I’m trying to say, there’s a hell of a lot of money being spent in online advertising. It’s growing every year, and the rate at which it’s growing does not seem to be slowing down. Which probably leads you to ask a few questions. I’ve done my best to go through the most common ones and answered them before we delve deeper into the world of online advertising:

Why is everybody moving more of their spend online?

The answer is simple, really. The value for money to be had with effective online marketing is stunning when compared to traditional media. No matter what your ultimate promotional goal is, you always get much more mileage from online marketing.

What are the ways I can advertise online?

There are loads of ways to grow your brand and sales efforts online, but in reality, when starting off you have five main ways of buying advertising online.

This is one of the very first forms of online advertising. It started off as the equivalent of print advertising, and it was therefore mainly priced that way. People used to just buy slots around the content of a site. Nowadays it is more common to buy banner advertising based on impressions though.
We usually recommend display advertising for one main goal – when you want to build brand recollection pretty far up in the sales funnel. Banner advertising is a great way of getting people to know and remember your brand.
Don’t try to use banner advertising to drive traffic to your site, though, because you’re usually going to be looking at a very costly exercise.

A heck of a lot of video is consumed online on a daily basis. You can hijack some of these videos by inserting your video before whatever the audience you’re trying to target was going to watch.
It’s a more expensive medium than simple banner advertising, but gives you the opportunity to get a similar effect as TV advertising. Remember that on Youtube, for example, viewers can skip the ad after about 5 seconds, so you have to make sure that you start telling a compelling story immediately, otherwise viewers will just press “skip”.

Most people’s buying journeys start with a search nowadays. If you can get your product or service in front of your potential customers at this phase in the buying cycle then you have a much better chance of converting them into customers.
Google understood this first (and best). Look where they are now. This tells you something – search advertising is effective, and companies are willing to pay a lot for spots at the top of search results.
You can’t buy your way to the top of search results organically, but you can buy your way to the top via search engine advertising. And how do you do this? By bidding the highest for the spot in particular. Google (and other search engines) have a “mini auction” every time somebody runs a search. This sees the highest bidder getting the first spot for that particular search result.

Social media advertising works in pretty much the same way as display advertising does, but there’s an added dimension – the social aspect.
Even though the concept is pretty much the same – you’re placing an ad in front of an audience based on their media consumption (as opposed to a specific search), you have two main advantages.
The first advantage is that most social media advertising is native. It is presented in the same format as all other content, so a news feed advert on my news feed in Facebook will look exactly like the photo of my school-friend-I-haven’t-actually-seen-in-10-years’ new chubby baby. This means I’m primed to consume the content because I’m already in “reading mode” when the ad is served to me (unlike banner advertising, which usually lives outside the content on sites).
The second is that it is, yes, you guessed it: social. So if my best friend likes a restaurant and that restaurant runs an advertising campaign on Facebook, it can specify that the advert should only be served to friends of its customers. That way I see an ad in context – so I know that someone I trust has already vetted this restaurant, making it an implicit recommendation. 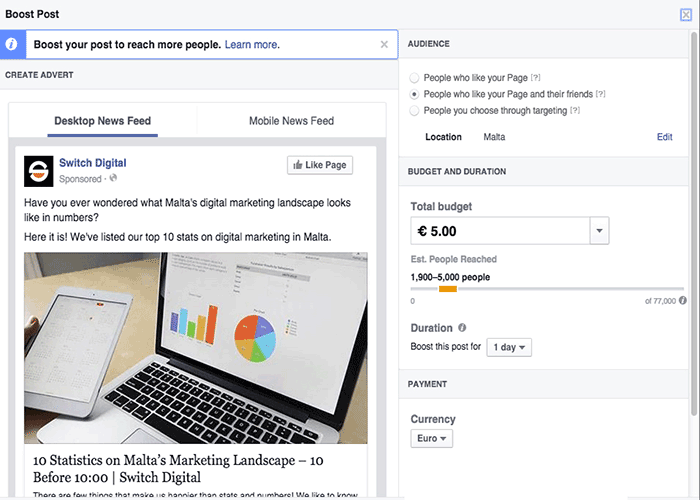 Retargeting is more complicated to set up and to achieve, but it is gathering quite a bit of momentum in recent years. But what is it?
Simple retargeting works by building up an audience of people who have visited your site and serving them ads that are relevant to your brand. This can be done by advertising platforms which have a large network of advertising partners.
Have you ever searched for a product on a site like Amazon or Booking.com? You are usually followed around with this (or similar ads) for a few weeks. The ads are not simply re-targeted (where I get served an ad simply because I visited a particular website), but programmed to my behaviour.
So booking.com will not just advertise its service in general to me, it will push a hotel in the city I had just searched for. This is an even more complicated system of retargeting, one that re-targets to individuals, not just generic audiences.

Direct deals can be far more flexible. These depend largely on the publisher and can be a combination of all the advertising methods above and more. Some sites sell packages that go beyond regular advertising – including deals for content, sponsoring newsletters, “reviews”, and leads.
Direct deals also allow for a wider take-over of sites. Some sites allow you to take over the site completely, with a re-skin of the site based on the advertiser’s needs. This is a far more immersive experience, and if done well can actually be pretty effective.
Buying directly from sites also allows you to implement advertising technology that would be harder to achieve through a network – such as ads that push a whole site’s content down and start playing a video when a visitor clicks on them.
As we’ll see next week, direct deals are usually more expensive than using a third party medium such as a banner network, however you usually have as close to a guarantee as possible of highly targeted traffic.

This week we’ve seen the different ways in which you can spend your money online. We haven’t really gone into how you buy advertising though. How will you know what to spend, and where to spend it? And more importantly, how will you measure the success (or failure) of your campaigns? 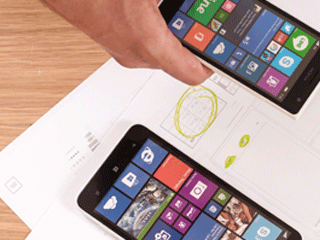 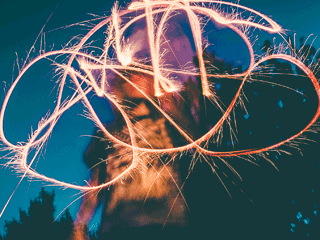