Most corporations don’t give a fuck about gay rights.

Then it’s all hands on deck to push out rainbow everything before the month ends and they can move onto something else, like Thanksgiving or Black Friday.

If it can be marketed and sold, it gets the rainbow on its skin (or else it gets a makeover again).

And this is not specifically a Pride problem.

We’ve seen this happen with other movements: Women’s Day and Black Lives Matter, battling child hunger, raising awareness for the gender pay gap. If there’s a brand that needs money or goodwill, they’ll find a cause that needs supporting for just long enough to raise that money and glean that goodwill.

Once the month or the day ends, they move on.

It worked when brands were closed off to outsiders, when social media wasn’t so everywhere, when you didn’t need to show your allyship in tangible ways.

The problem with pride design

If the extent of your Pride campaign involves launching something limited edition or slapping on a rainbow, you are part of the problem.

It’s lazy. Anyone with Photoshop and a specific set of brushes can create a rainbow overlay, or add a supportive hashtag to the bottom of an image. People really good with the Adobe Creative Suite can go a step further, and make it a little more sophisticated: turn the rainbow into a gif, or create a five second loop of the most aesthetically pleasing shot of a Pride parade with your product carefully slotted right in the middle.

The best ads tell a story with a deeper meaning.

Adding rainbows to a brand does neither.

When you support or align yourself to a cause, you’re supporting people.

It’s easy to forget that when money is involved.

Causes such as Pride and Black Lives Matter are created for a reason. LGBTQAI+ people still experience persecution in parts of the world, and black people are frequently victimised, criminalised, and demonised by institutions and by individuals. Children are starving. Women still have to worry about losing their rights (or have already).

When a brand supports a cause or aligns itself to a movement, the general understanding is that it supports that cause, it wants to draw attention to that movement, it’s making a statement.

If there is a line drawn in the sand, it’s stating definitively what side of the line it falls on.

That isn’t necessarily a problem.

It becomes a problem when brands only support that cause on paper.

We’ve written about pride before.

The sentiment we spoke about there still stands.

If the extent of your Pride support is bringing out something limited edition and rainbow – without following it up with donations or actual help – maybe skip Pride this year.

Burger King and McDonald’s rivalry is the stuff blogs are written about.

For Pride, they set their rivalry aside and came out with this ad.

There’s nothing wrong with the design in theory. It wasn’t, and won’t be, the first Pride ad to go this route.

What’s wrong with it in principle, however, is how lazy it is. There’s no narrative behind it besides ‘oh! we support men kissing!’

Produced even ten years ago, it probably would have been interesting enough to cause a reaction.

Produced now – when this kind of advertising is everywhere on a daily basis – it’s just boring. From the overused hashtag to the blink-and-you’ll-miss-it rainbow underneath, it commits the worst advertising crime there is: being utterly forgettable.

Skittles Grey Out for Pride

Slightly higher on the spectrum (get it?), Skittles’ 2021 campaign for Pride rehashed their campaign from 2020 (and 2017) by removing their colourful packaging for grey.

This didn’t do well when they did it the last time, so why they’re still beating this particular greyscale horse is incomprehensible.

At least they’re putting their money where their mouth is by donating to GLAAD.

Beyond that, the Skittles campaign falls underneath the same problem as Burger King above: it reuses the same ‘safe’ narrative that other brands all fall to when they absolutely don’t care about Pride, but want to commemorate their brand as an ally, which makes it boing, and once again, utterly forgettable.

Campaigns that do work

Bubly’s ‘Out At Night’ campaign

There are always going to be terrible stories.

But there are always going to be better ones, too.

Pepsico’s Bubly brand opened up their Pride campaign to include the reopening of the NYC nightlife, days after New York dropped their COVID-19 restrictions.

Similarly, it shrank its viewpoint to just one tiny fragment of the LGBTQAI+ community: the queer dancers and revellers that frequent Henrietta Hudson, a 30-year-old lesbian bar, and one of the last three remaining in New York City. Featuring Lisa Cannistraci, the owner of Henrietta Hudson, mixing a cocktail using Bubly’s blood-orange drink, the product placement takes second stage to the personalities brought in for the spot: Aquaria, Ty Sunderland, Gia Love.

In addition, Bubly donated $15,000 of their profits to help Henrietta Hudson recover from the pandemic.

Here’s why it works: it’s hyper-focused. It looks at the history of the movement. It’s trying to keep an aspect of queer NYC nightlife alive.

Henrietta Hudson is an iconic bar. Donating directly to it means that thought went into what they wanted to support, specifically, rather than going for the most well-known charity, the one that’ll bring in more attention.

There’s a huge chunk of queer history that never makes it to the front: the safe spaces and the good spaces, the places people went to enjoy themselves when it was still a risk. Stonewall has now become public knowledge; other queer history focuses on the struggle.

After all, Drama is far more memorable than joy.

However, Pride campaigns across the board try to focus on brighter stories.

Reebok’s Pride 2021 campaign partnered up with House of Ninja, a 1982 ballroom and vogue empire, pioneered by Will Ninja, to create a short film documenting ballroom culture. Like the Bubly ad above, it isn’t trying to talk about Gay Experiences At Large, but shrinking its scope down to a segment: the safe place where queer Latinx and Black youth could go to feel included and protected.

The themes for ads that work and ads that don’t are similar.

It’s what brands do with the story surrounding them that matters.

Reebok used those themes to highlight an aspect of queer culture a lot of people don’t know about. That makes this ad work, both to champion a cause and as a story.

I want to support Pride! What do I do?

Every cause a brand champions has to have some reason why it champions it. What do you want to support about Pride? What story do you want to tell? How do you want your brand to move forward when Pride Month is over, and there’s no longer any monetary reason for support?

It’s easy to stamp a sticker with a rainbow and call it a day.

It’s also the wrong way to go around any cause marketing effort.

Any cause marketing your brand does has to be done with the intention of change: changing your brand, changing yourself, changing an aspect of your community. To support a cause for money only isn’t just lazy storytelling, it’s short-term. People will notice.

And once people notice, the goodwill you’ve gained through supporting a cause will drain away.

Here’s a few tips to keep in mind for Pride marketing.

Advertising for Pride isn’t a unique set of skills or a particular way of telling a story.

But brands are sloppy when it comes to Pride advertising. A rainbow and two long-haired women or two obviously gay men are enough.

That leads to bad design, lazy marketing, and terrible storytelling.

And you can do better.

You have done better. 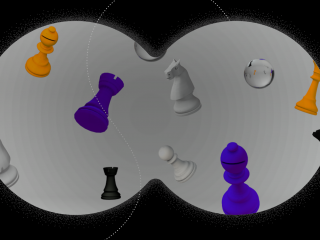 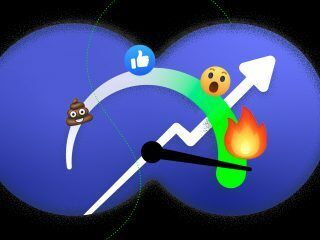