What do you judge a campaign’s success on?

This creates a problem.

Campaigns that focus solely on vanity metrics are going to hit a wall eventually, and that wall is generating enough revenue to keep going.

When we come up with a campaign, vanity metrics are on the sidelines: important, but not the crux of the campaign.

Our crux is always sales. Generating sales, generating brand love that leads to sales, increasing sales: it all comes back down to sales.

Vanity metrics are important. For established brands, they’re a check-in point to see if they still have the same pull over their audience. For new brands, they can heighten a brand’s awareness.

But they don’t always lead to payoff. Building a campaign based just on vanity metrics is easy enough to do; just pick a trending topic, load up your post with hashtags, make sure to use the boldest colours – you’re all over the internet in no time.

Does it have a tangible, lasting effect? Maybe. Maybe not.

It’s a risky strategy to build your business on.

And you need to know what you want to build your business on. Once you have a goal, it’s just a matter of fitting your strategy and KPIs around that goal.

Here’s a few examples on how.

The challenge: introduce a newly-launched website during the first lockdown; maintain and elevate brand awareness.

The situation: Gift a Kinnie Moment was launched a couple of months after the pandemic hit Malta – people were self-isolating, the outdoor world was shut down, and everyone was tired and worried about the future.

The strategy: The aim of this campaign was to promote the newly launched Kinnie website by sharing some love during a time of uncertainty. Through the site, people were invited to nominate friends and family to receive a Kinnie Gift delivered straight to their door.

Since the objective was to get users onto the kinnie.com website, we launched a landing page campaign on social media through a set of ads that would showcase the mechanism of the promotion.

Furthermore, we wanted to keep audiences engaged with the Kinnie website, so we introduced teasers for Kinnie recipe videos that could be watched for free on the website.

The results: During the campaign, we received 6 times the number of entries that we’d planned for.

The recipe videos increased Link Clicks by 12.6% and landing page views by 28%.

The challenge: achieve €15,000 in marathon sponsorships; elevate the runners’ profiles on social media.

The situation: We supported two superhumans, Patrick and Claudio, on their journey through raising funds and promoting equal opportunities for all.

Their responsibility was to run the entire 190km coastline of Malta and Gozo in a single 35-hour marathon.

Ours was to handle all their communication efforts to help them achieve their €15,000 target for the Education Support Fund administered by Kopin and JRS.

The strategy: To achieve their target, both runners needed a solid social media presence – and although the cause was a great one, we understood that people liking and commenting on a post would not generate the funds that the runners set out to achieve.

Therefore, our main aim was to target people who would donate and share the cause with their friends and families.

During the weekend of the run, we kept the social media strategy going, employing hijack tactics to make it into the news feeds of as wide an audience as possible. With styled our social media updates like a news report, checking in live on Facebook and Instagram throughout the run. It meant having the Switch team covering the event for a solid 48 hours, taking turns to keep the stream of content flowing.

The situation: Lockdown 2020 changed a lot of things, and the sales and advertising industries felt it deep. With things shutting down overnight, the reality was this: a lot of sectors took a hard hit.

SIGMA was the outlier. When industrial purchases slowed, domestic purchases skyrocketed – and it gave off enough of a beacon that our client approached us with a challenge: can we make it bigger? And could we do it in spite of the magnified online marketing currently going on?

The strategy: The root of any good campaign is figuring out why people would want to look at it. With SIGMA paints, that was easy: people were taking advantage of the lockdown to spruce up their homes, and home projects always come with a built-in supply of local interest.

So we built our strategy around that. We released a call for DIY projects and boosted posts asking locals to share their Lockdown Masterpieces with us. The only caveat? They had to be using SIGMA paints.

The response was overwhelmingly positive, and we had to limit our selections quickly. Once we’d shortlisted ten sites, we went in person to view them and plan for a proper photoshoot; the final six were placed on social media, and people could vote for their favourites.

Each photo had the owners of the location right in front of it to capitalise on personal equity and play with Facebook’s organic reach. After all, this was a people’s competition: we wanted to make sure that people were the front focus of the entire campaign.

The result: Most ads generated a reach of over 95K each, and the competition contributed to an increase of 167.5% in organic page impressions.

The challenge: create an e-commerce website for the LUCY Makeup Store with quick turnaround; promote makeup purchases during COVID-19 lockdown.

The situation: When Franks approached us to launch an eCommerce project for Lucy Makeup Store, we were in the midst of the COVID pandemic. All of the physical stores had to remain closed and to counter the loss in revenue, LUCY needed to be online as fast as possible.

The strategy: Building the website took priority for the initial start of the campaign, but with only two weeks’ development needed, our main goal became bringing in traffic to the website and generating sales.

Our client came with a strong social media following of the biggest makeup fans on the island and we were able to leverage this audience in order to find other people that would love shopping at lucymakeup.com.

The off-page communications were split into two main types: evergreen and short-term campaigns. This approach ensured a steady stream of relevant content which in turn allowed us to generate a stable amount of traffic to the website, expand the Lucy audience, and keep our sales growing

The challenge: maintain the Pjazza Kinnie event throughout COVID-19; create brand love through the use of social media tags.

The situation: One of our favourite events must be Pjazza Kinnie at the Farsons Beer Festival in 2019.

Our goal was to make a soft-drink stand out among the crowds, the noise, and the alcohol, and to build brand love for Kinnie at an event where the main feature and focus was alcohol.

The strategy: We created a curated art corner that people could reach through a tunnel made of individually-programmed Kinnie-coloured lights. With live music and art exhibitions, people came to Pjazza Kinnie despite the lack of alcohol and stayed for the environment.

Our measurement of success wasn’t only defined by the foot traffic in the Pjazza Kinnie area, but also by the number of mentions that the space would generate online.

The result: by the end of the event, half of the mentions that happened on social media about the festival were about Pjazza Kinnie, resulting in the soft-drink area being amongst the most talked of that year’s edition of the beer festival.

The situation: Education in Malta is highly competitive, and several private and public entities already offer overlapping prospectuses. When MCAST approached us, it had a definitive understanding that its reputation should be a deciding factor for its students.

The strategy: We operated on the assumption that we’d be communicating with two different sets of audiences: the students themselves, as well as parents who still exert an influence on their child’s education choices. We used ads and on-page content to increase awareness about MCAST’s multiple offerings, as well as chartering their career choices throughout the time they spent at MCAST.

Our second-stage messaging focused all on MCAST benefits and the support that MCAST offered its students.

Finally, we used the conversion stage to let audiences know that applications were open to help students make that final decision.

Throughout all three stages of communication, we created information streams that added information about the college, life on the MCAST campus, and chartered different educational pathways. Our messaging remained simple throughout to appeal to the widest range of audience members.

The result: Although our budget was small, we achieved over 327k impressions with the on-page posts, while the ads reached over 2.5 million impressions.

The strategy: if we wanted to build an audience of engaged users, we had to think of producing content that was both relevant and interesting to the people we were talking to. Following the creative direction established by the global team, we added a Maltese twist to our communication. Here are a few examples:

The result: On average, the localised posts received 1,300% times more engagement than the generic global content with only 50% more boost behind them.

What have we learned here?

Be deliberate with your communication.

Social media has given markets access to achieving different goals – so whether you want to grow your brand love through user-generated content, generate leads, convert users or simply reach a wider audience, do make sure that every piece of content that your brand goes out with has a strategy in mind which includes a goal. And if you need a little support to achieve this, reach out – we’ll be happy to have a chat on how to maximise your social media efforts. 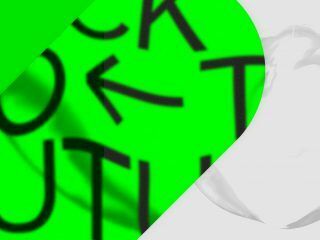 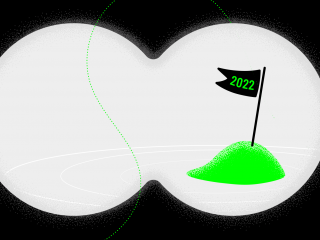 Next Post (n) Planning your marketing for 2022 - have you started yet?