Put it down to a vote, and people will tell you a brand is made up of its colours, its logos, and the latest advert that they remember. Some people might go deeper, tell you that the sum total of a brand identity is what it stands for: the morals it aligns to.

All of those are good answers.

But one of the most crucial aspects of branding is how the brand sounds.

A brand sound isn’t exactly the tone of voice.

It’s related to that, and to personality, but a brand sound is how your brand approaches communication. It’s how your brand looks at the message it has, and how it crafts it to appeal to the audience that it wants to cultivate.

It’s how the brand talks.

It’s how it thinks.

And it’s critical to creating a brand that stands out from the rest.

There are an unprecedented number of brands all active today, and all of them are talking at the same time, on the same platforms, and, often, to the same small slice of the world.

In theory, modern technology should be a boon to any communications agency since it allows them to tap into audiences around the world instead of focusing on small, and local, community ties.

In practice, because there’s so few lines of separation between brands, the conversation has frothed into incomprehensibility.

Here’s a question for you.

Because it made you laugh?

If it’s hard to quantify, that’s understandable. There’s a lot of brands talking to you now, and their voices get muddled in the message – but that’s part of the problem.

Their sound doesn’t differentiate them from other brands.

Therefore it’s harder to pick them out of a line-up.

And so they need to do more to stay relevant.

Copywriting should help with this, but a lot of modern copywriting has gone the way of modern design: safe, clean, and with absolutely no nuance that could be misunderstood. Part of it stems from the fact that the internet is poised to strike at things that it doesn’t understand – a complicated message or a tone of voice that doesn’t fit the zeitgeist, and it can do just as much harm as it does good.

Part of it is that the widescaling of marketing needs to break somewhere, and where it breaks is normally the sound.

But there’s a way of changing that.

Sound of the Brand

When you think about your brand, how does it sound?

Does it like to talk at length, or are short sentences more its style? If you had to pick between two words, one complicated and one easy, which would your brand pick? What sort of references does your brand use? Who is it talking to? What is it saying, and how?

It looks at what kind of brand you have. It looks at the personality. It looks at your audiences, who you’d like to communicate with more, who you want to keep loyal. It looks at what your brand knows, and how it would respond to external stimuli: current events, a joke, a meme that’s trending on Facebook.

Switch: Sound of the Brand

If you’ve been following us for a while, you’ve probably noticed that the way we write our content has changed.

Here’s a paragraph from an old blog:

Outrage marketing builds on the fervour that social media can ignite when a cause people feel strongly about is brought under attack. It’s a way of flipping over the table, drilling buckshot through it, and trying to attract like-minded people to also flip over tables and pump it full of buckshot, because your business keeps it real.

And here’s a paragraph from a blog written a few weeks ago:

There’s a big difference between them – and that’s deliberate. Between 2018, when the first blog was written, and now, our brand changed. The way we looked changed. How our goals aligned changed. How we worked changed.

The way the brand sounded had to change too.

It’s not to say that the first excerpt is wrong. At the time, Switch had a different personality and a different tone of voice: light, irreverent, larger-than-life. You can see it in the phrases we use, the run-on sentences, and the very liberal peppering of slang.

Compare it to the second one.

There’s space to think. Switch 2.0 is frenetic; there’s no room to stop and absorb the information you’ve just learned – that comes later. What it does ask you is that you hold onto the sentence as tightly as you can, and go along for the ride.

The new brand voice has space. Between one sentence and another, you can sit with what you’ve just read. It’s not rushed. It isn’t asking you to speed ahead.

There’s more. Run-on sentences work for brands built on urgency; brands where the information they tell you doesn’t need to be absorbed and kept. In 2018, we wrote blogs to talk about things we find interesting.

We still do in 2022. But we want to explain why we find these things interesting.

Run-on sentences don’t work for that. You can only keep track of so many words before the beginning of the sentence no longer makes sense, and for Switch’s rebrand, we wanted to make sure that whoever was reading our blog would stay with us to the end – and would understand what we were getting at.

To that end, there are few run-on sentences in the new Switch sound.

But there is flow.

Flow is tricky. It’s not necessarily something you’ll run into in billboards or online ads – though you might, if they bring back long-form copy (here’s hoping). In longer works, like blogs, flow is how the sentences work together; how they lead into each other.

For Switch’s rebrand, we wanted to mimic music.

It’s an old writing trick. Varying your sentence length makes your writing infinitely more interesting – and makes it read a lot more naturally than if you kept to a certain sentence structure.

The second one is twelve, more than double.

The last sentence is five.

It follows natural progression. The first sentence hooks your attention and posits a theory.

The second sentence expands on the argument.

The third sentence ties it together.

Most of Switch’s blogs are written this way: short sentences, long or medium sentences, and short sentences again. The idea behind it is that short sentences are near impossible to lose track of, and once you’ve read to the end, it’s easy to keep going, easier to understand, and it makes sense to your brain.

When we say, vary your sentence length, we mean ‘write like music’.

Let’s rewrite the excerpt to six words only, each.

As an experience, it’s the same-old, same-old.

This is how Hellsite High brings money in.

Short sentences work for brands whose speed is their biggest asset. It makes for quick reading, if not necessarily interesting reading, and it can be worked in ways to make it interesting.

For Switch’s sound, though, it doesn’t quite work. The sentences are flatter. It’s harder to keep track of what you’re reading. There’s a clear line between sentence one and sentence four, but it doesn’t compel you to keep reading.

That’s the other thing about brand sound. Your brand sound sounds like you.

Switch’s sound is its people. None of us are brief people. We like to talk, and we like to talk at length, and we use difficult words and throw in oblique references. When it came to making Switch’s brand sound, we wanted to bring that to the front.

Is a brand sound necessary?

No. The same way a logo, colours, or a brand image aren’t necessary, a brand sound isn’t something you have to have.

What we can say is that a brand sound is cohesive. It makes you memorable.

As we said at the start, there are thousands of brands out there today, and all of them are talking to the same audiences. They’re using the same collection of colours.

They have, if not similar logos, then logos that blend.

How do you stand out?

The way you sound.

Language is limitless. The same sentence can be reworked and broken into a thousand different ways, all of which will differ. It’ll read different to the audiences you’re speaking to.

It’ll sound different to you.

All of those sentences mean the same thing – but the first one is strict, for professional athletes only. The second one is encouraging, for those who don’t have the experience to work out; it’ll never be a professional brand. The third one makes you think of a self-help line.

Nike’s ‘Just Do It’, as it is, unfilled, is tough, but not impossible. When you see it, it makes you want to try.

It’s the same with your brand. The words you choose, and how you use them, will change your sound.

And your sound will stand out.

How do I start with brand sound?

Go back to personality.

Look: brands all have a personality. They have a way of speaking. Sound is correlated to that.

When we talk about brand sound, we look at the brand personality first. Is it kind? Is it brief? We look at industry. We look at who the audience is. We look at everything that has come before.

Think of a make-up brand. The audience is primarily, for this brand, teenagers; it’s not a professional tool, it’s for teenagers who want to start out using makeup. When you write that brand, the sound has to fit – it’s light, it’s bubbly, the sentences are longer rather than shorter. It references music and universal experiences. Words are easy to understand. Complication is low.

Now think of a professional, luxury brand. It’s the same tenet: you want longer sentences, to evoke that luxury, but you can go deeper than the first. Use the sentences as an extension of senses. Talk about scent and feel. Go for multi-syllabic words that sound like velvet.

It’s an incredibly evocative sense, and one that translates to words beautifully. If you’d like to see how, look at our work on Tepia.

And if you want your own sound, drop us a line. We’re always happy to talk. 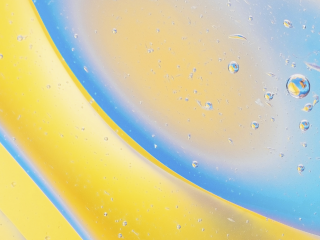 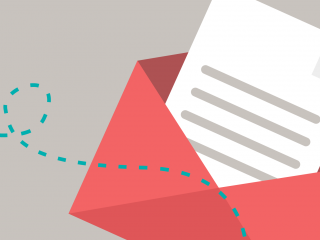 Next Post (n) The Importance of Email Marketing for B2B