And you’ve missed out on watching a company written off for insolvency has started to climb its way up from rock bottom.

2007: Founded by David Karp as a microblogging/social networking site with a focus on short-form blogs.

2019: Tumblr sold to Automattic, operator of WordPress.com, for less than an estimated $3 million.

The best way to explain Tumblr is through a meme.

Tumblr – and tumblr users by extension – have weathered a lot. People who were on the site in the early days of its rise definitely remember it as a kind of ‘positive’ 4chan, a place on the internet where community was the bottom-line – before ads made it onto the internet, before we even had the idea of what a social network was capable of, there was Tumblr and the

idea that you could be anyone you wanted on the internet, and nobody would be able to track it back to you.

When David Karp launched the site, Tumblr quickly became a go-to for people who wanted a niche community where they didn’t need to put their best foot forward. The earliest reiteration of Tumblr has always been a place you can make home regardless of your interests, and for an entire generation of tweens and teens left unattended on their family’s computer, it was the best of what the internet had to offer.

As it grew, and became a powerhouse for fanworks, other companies and outside advertisers wanted a cut of that. At the height of its heyday, Tumblr could see up to 91.7 million posts created per day: what advertiser wouldn’t want to have that kind of audience?

However, innovation has never lain easy with the people that brought Tumblr’s fame: the users who used, curated, and embedded themselves into the Tumblrverse.

What Tumblr Cannot Do

Tumblr’s entire website has been host to some pretty interesting controversies.

The Tumblr user who stole human bones is the most famous but dig a little deeper than that, and you’ll find others: the ongoing fandom wars and drama in virtually every popular media content, the 4Chan vs Tumblr spam battles, and DashCon are some of the events that are passed around like campfire cautionary tales: the tale of the little social media network that could, and probably shouldn’t have.

What we take away from nearly 20 years of Tumblr in operation is that it’s an absolutely awful social media website for virtually anything that isn’t community-based – and it’s not great at building something community based outside of the thin scope of reality that Tumblr already deals with. When you bring in outside influences such as advertisers and marketing agencies, Tumblr’s netizens – already pretty hostile to change – turn outright malicious.

Up until 2022, that was the understanding that the three prior owners of Tumblr had. David Karp got out early enough that he didn’t see the downswing of Tumblr becoming what Kotaku called ‘a black hole of joylessness’. Yahoo’s efforts to make Tumblr profitable are the stuff of legends: from trying to build Tumblr as their main advertising platform at all costs to the porn ban that wiped 30% of traffic out over the following few months, Yahoo’s cultural misalignment with what made Tumblr so profitable has become the posterboard for not rocking the boat so much that you capsize – which is what happened with Yahoo! and why they ended up selling Yahoo to Automattic for less than a portion of what they paid for it.

Automattic took the reins in 2019. The COVID-19 pandemic was already a blip on the radar, and for the most part, Tumblr had entered into a kind of overgrown post-apocalyptic dormancy.

What Tumblr Can Do

Tumblr can serve as an excellent way to build your brand.

But don’t expect to see megamillions in sales and engagement coming from it.

The same ungovernable quality that makes ads on Reddit such a thorny prospect is doubled on Tumblr, the last place on the internet where you can be anonymous, unpalatable, and insane on main. Even Twitter, with its text-based slant, is more of a social media network than Tumblr, where writing your blog is still better built than the image and video capabilities and your worst nightmare is having a post go viral.

But there’s a benefit to using Tumblr for brand: you get to pick the way your brand comes across to its audience. And, at the end of the day, you can get people talking about you – even if the conversation can be a double-edged sword.

Tumblr is a community-builder. It’s a place for conversation. It’s where the userbase is fiercely dedicated and also reactionary. You can learn a lot about building relationships with your community, and tempering innovation with patience, just by watching old users on Tumblr interact with each other.

After four years of chaos, that’s the trick to working with Tumblr that Automattic has discovered – and it’s giving Tumblr a new lease on life. Add in the Y2K revival and how users on the internet are looking for different corners of the web to make their own, and Tumblr’s resurgence isn’t really a surprise: it’s what’s always been at the end of this road.

Web 3.0 is happening. A lot of people are unhappy about it and trying to find their way back to the old internet where most of the people you’re speaking to spent their formative years.

Tumblr is that old guard. The internet at the early days of the social media rise still offers opportunities for brands to capitalise on, but they won’t bring in the big dollars immediately, and you need to put effort into them to see a payoff.

That said, look at the alternative: Facebook, Instagram, and Tiktok won’t be as powerful as they are now forever. We’ve seen it working within those three already: Facebook’s advertising strength giving way to Instagram giving way to Tiktok. It might take more for them to come out of fashion but investing in a new social media platform now gets you in on the ground floor before you change.

And Tumblr – with its Hellsite High guide and the renewed effort to make a profit out of the site by catering to, instead of against, their userbase – gives you the perfect platform to try it out.

Tumblr is one of the best case studies for working with, and not against, your users – its entire decline is because the companies in charge didn’t take into account who Tumblr’s primary audience was before they made decisions that fundamentally changed the way it worked. Once they brought in measures that were palatable for Tumblr users to engage in, interest in the site went up.

Tumblr’s BLAZE is – at its core – a pointless service when you take into account what Tumblr’s core user-base is. Tumblr Blaze allows you to boost a post of yours so that it shows up on everyone’s timeline, something that could work great for advertising if there were advertisements on the platform and if it allowed you even a tiny slice of control or insight into how your post is doing.

Instead, the thing it’s used the most for is to project Tumblr’s users to a series of shitposts and pictures of their animals. You can’t control who sees your post, only the amount of impressions you get, which makes it useless for advertising – but just what the Doctor (Who) ordered for Tumblr.

Tumblr staff has made a real effort to reach out and speak to their users, something that hadn’t been touched upon in previous years. Mayer’s takeover only spread as far as moving Tumblr staff to headquarters, and Tumblr users had a far more benevolent but hands-off relationship with creator Karp.

Automattic wanted it to be different. Take a look at their staff blog on Tumblr, and you’ll see a complete turnaround in how the staff chooses to communicate with and interact with their users.

Here’s a post from January 2016, where efforts to engage with the users started changing by tapping into fandom – although still on the level of just reblogging popular posts:

Here’s the final reiteration of Tumblr staff, in 2022:

You’ll see that there’s still some element of reblogs, but the depth and breadth of content is much more refined. Tumblr staff had nothing to lose by engaging with its users on the same level: removing that last layer is likely what led to tumblr users talking positively about the staff rather than as a nuisance to overcome.

And it’s made the site better – for its core users, anyway.

Everyone in the world wants to connect with someone, or to feel that they’re understood. When we talk about company culture and brand values, we’re talking about them because they’re fundamentally what makes you connect with an audience.

Tumblr staff has realised it’s better to join them then try to beat them. The benefits speak for themselves.

For example: In 2022, they wanted to increase their clicks. They designated April as their month for a click-a-thon. If they approached Tumblr users directly, tumblr users would resist the idea.

So they made up a character called Brick Whartley, a businessman with a brick for a head.

He has a LinkedIn profile. He engages with users.

He wants your interactions.

Under the guise of Brick Whartley and a ‘we-help-you,you-help-us’, Tumblr staff coded in a mode for the site that allowed users to see tiny little widgets on their dashboard which they could click on and change.

The aim was to increase engagement.

Tumblr is archaic, and finding your way around isn’t easy. For new users streaming to the site as part of the early-internet-nostalgia resurgence, this is a clear and distinct barrier: you need to know how to use Tumblr to benefit from Tumblr, and knowing how to use Tumblr isn’t something you can stumble upon.

Well, not until Tumblr launched their Hellsite High microsite.

It’s an ingenious strategy: fold in a new series of potential clients by guiding them through the process to potentially make it big on your platform – or at least, have fun. By embracing and building on the idea of Tumblr as a kind of fundamentally void social media, Tumblr staff has managed not to alienate old users, not to chase off new users, and put themselves on the inside of the joke: amazing, considering that Tumblr was written off as a dying social media not less than a few months ago, and even more amazing considering that Tumblr is a true vestige of the old internet: its updates, tagging systems, and the way users work the platform are all obsolete forms when you consider newer social media such as Tiktok and Instagram.

Tumblr is not a bastion of the old internet without good measure. Its early history is still rife with the same controversies that other social media networks have: bots, racism, doxxing.

The difference, however, is that Tumblr is looking forward. Where other social medias are stumbling in a bid to elevate their platform to the best and the biggest, Tumblr is content in being the platform that feels like home – and it’s reaping the benefits. 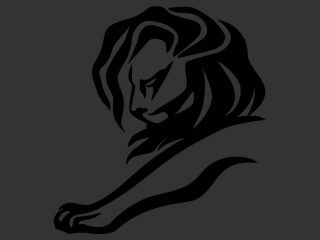 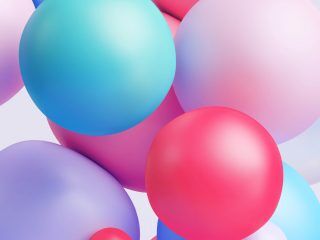 Next Post (n) First-Party Data for B2B, and its Importance