It’s beginning to look a lot like there are only four weeks until shutdown.
Mriehel is still its designer-thwarting palette of industrial grey and Pantone 7401 C, Maltese traffic remains as intractable as a nanna deciding you haven’t eaten enough at Sunday dinner and packing you a boxful of leftovers, and the Switch offices haven’t stopped to take a breather ever since Teri famous-last-worded the phrase ‘it’s going to be a quiet week’ back in mid-November.
There are – as of now – no Christmas decorations at the Switch offices,. There is, however, a blinking red-alert Calendar notification informing the whole office that the office will be decorated on Friday 7th, and no sooner or later than 2PM. 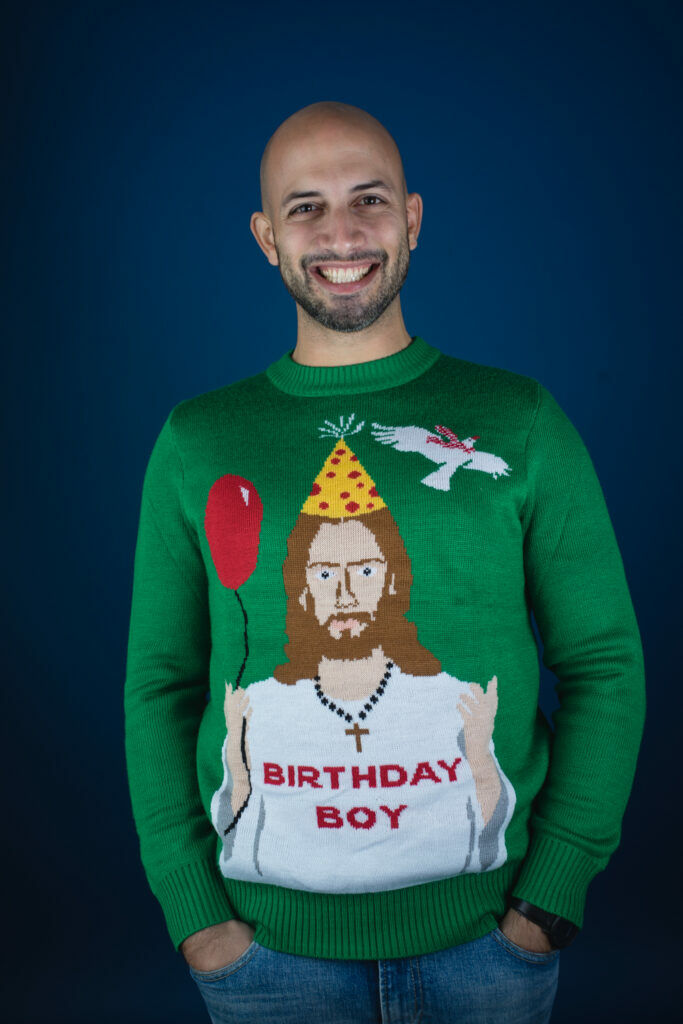 Look: Christmas is a serious deal around the office. If you’re going to decorate, then you need to do it right, with formal meeting scheduled, hauling of boxes from downstairs, assembling a Christmas tree, shaking Matt loose from his corner to interact with normal human beings, and no, not over email, and listening to the designers go steadily more insane as they add their fiftieth Christmas wreath and blinking holiday-light gif in their workload within the last hour. While shopping centres in Malta have been blasting the eldritch tra-la-la-la-la of Christmas music since 1 November,  Switch has stayed away from the lure of ‘Baby, It’s Cold Outside’ and the Bublé specials, gearing up to explode in seasonal festivities on 00:00AM on December 1.
There will probably be a group Whatsapp notification.
It’s a seriously big deal.
There’s an office Secret Santa in the works, planned by Astrid, and executed by Elfster (it took three tries to get it to count the two Antonellas as two separate people, and a further try for it to stop forgetting people in the office). Presents are steadily and sneakily being purchased. Confused newcomers – our copywriter in particular – are relying on the expertise of people who have been there longer to guide them into narrowing down under €10 choices for Secret Santa. Meanwhile, experienced Switchers have forgone the season of giving for the season of in-jokes and unbound hilarity. Spending 365 days together usually gets you a lot of time to be nice to each other and buy things people will actually like, but pranksters relish the Secret Santa draw: it’s the best time of the year to pass off that neon scarf as ‘I think this would suit you, ta, it’s based on the Valletta Christmas lights and I know you like Valletta!’ to your office buddy.

What are we doing now?

But back to shutdown.
It’s four weeks until shutdown, and no-one is talking about it. Mentioning ‘sh-’ gets you pelted with post-it notes and pens. This is the month of crunch: Christmas campaigns and seasonal work, and making sure that all our clients are set until January, when we come back after shutdown stuffed full of Christmas pudding, Christmas turkey, and inspirational television adverts about the life of Elton John. In the meantime, what are we doing?
We’re carrying on. Work might be piling up, but Switch has had piled-up work before: remember our AirMalta activation? Our ICOM event? The only difference here is that the time is shorter, the hours squished down, and the office is getting ready to gear down and spend some much needed time with friends, family, and each other – outside of work purposes. 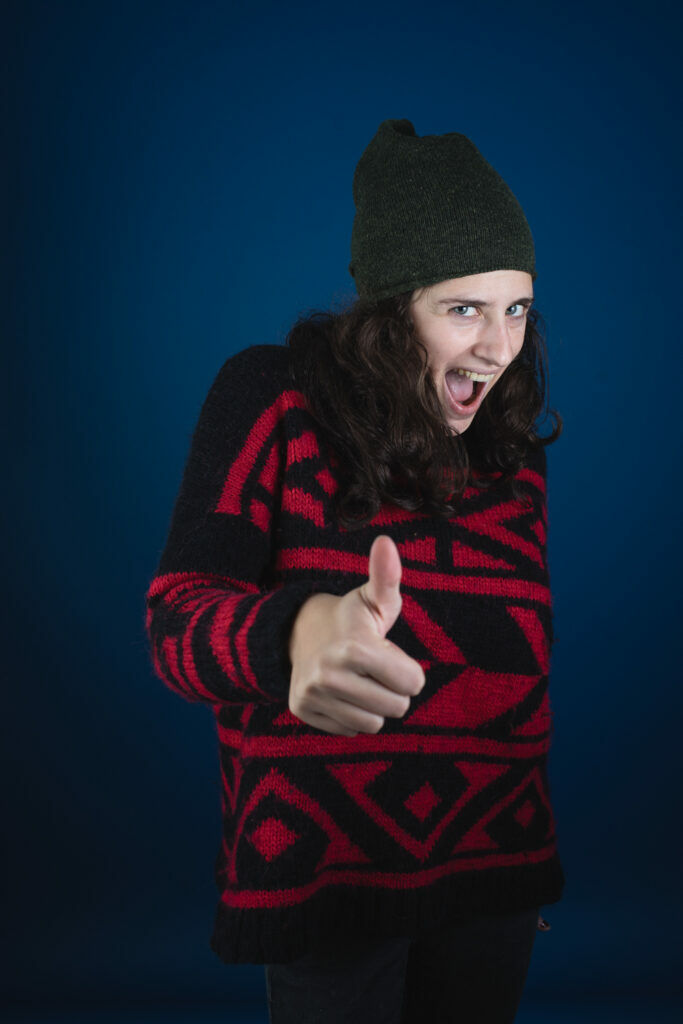 ‘Christmas’ means what to you?

The holidays are a weird one to celebrate at work. Christmas traditions are not always completely translatable.
There was a lot of confusion the morning Ernesta saw a bowl of mandarins on the kitchen table and gushed ‘Christmas!’, only alleviated by the explanation that, in Lithuania, mandarins are a Christmas tradition. Our Maltaustralian corroborates: for her, mangos are a Christmas fruit. Our Swedish project manager has kept mum so far about Christmas traditions, but no doubt in true Anne fashion she’ll sneak in a Whatsapp picture of saffron buns or a Lucia procession.
Everyone else has their own traditions. Teri only decorates on the 8th of the month – that’s when Christmas is Christmas to her. Our copywriter doesn’t have a Christmas tree yet and – starring in the subplot to every Christmas movie about a grinch father down on his luck with money but wanting to give his two twin children a memorable Christmas – will be going shopping for a Christmas tree. Some people open their presents on the 24th, some people open them on the 25th, and some people forgo wrapping presents and hand them to their loved ones in paper bags because they are both environmentally friendly and too cool to try yoga with scissors.
Some people dress up their pets. This is absolutely not recommended if you have a lumpy, evil Siamese cat like Cookie, or Satan’s furred doppelganger, Pippo. Small dogs like Pablo have no choice but to endure the Christmas decoration, and quietly chew things in retaliation.

Christmas: not just for blood relatives.

But with the excitement of shutdown – the food, the family, the spending time with friends, the first-time Christmases in a new country, the third-time Christmases in a new country – there’s a feeling of missing out and missing each other. 365 days might seem like a lot of time to spend with office colleagues, but the Switch squad has completely transcended just being ‘office coworkers’; we’re a family, too, and not spending Christmas with your family is always difficult. You miss the in-jokes and the people, and the things that crop up during the day that make you think of them; you miss them, constantly, sharply, blindingly.
It’s only ten days. And, before that, we’ll have a single long whole day of festive togetherness to celebrate it with each other. We’re talking breakfast, Switch awards, lunch, gifts, drinks,  dinner, and after-dinner party.
It’ll be good. And chances are, Malta is so small that most of us will plan to meet up or run into each other anyway.
That’s what Christmas is all about, right? 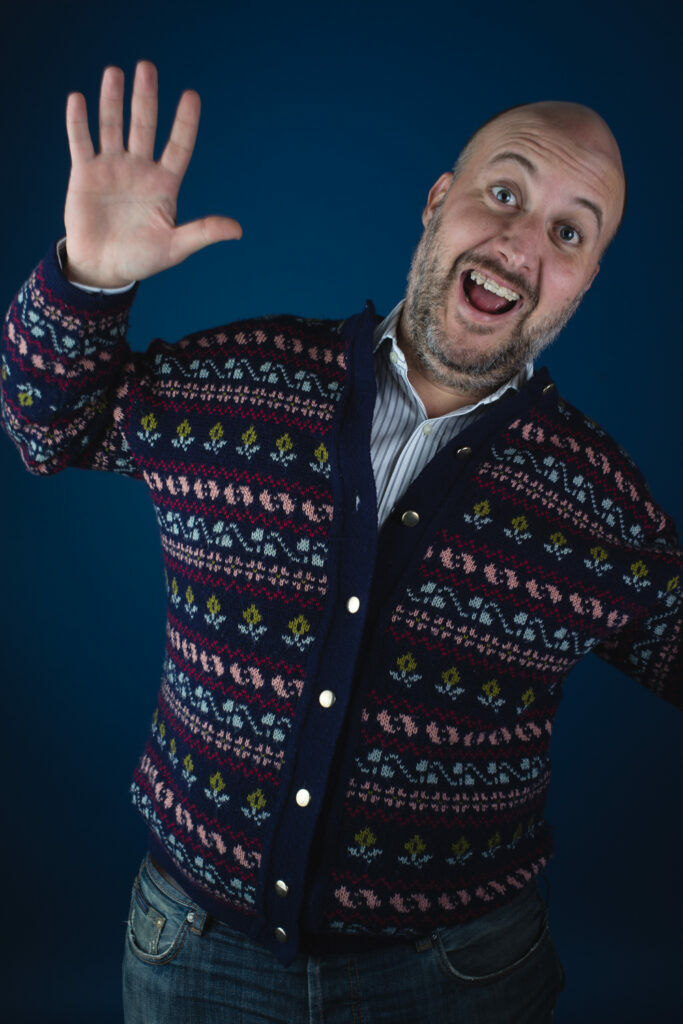 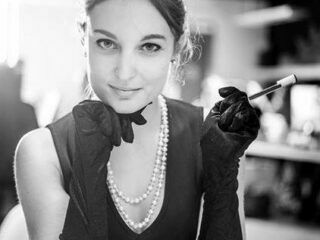 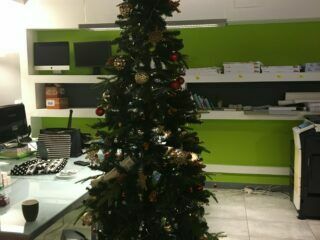 Next Post (n) On Christmas Decorations and Pyjama Day