Here at Switch, no two jobs are ever the same. An ‘ordinary’ day at the office simply doesn’t exist – we face new challenges and develop fresh ideas for every website and campaign that comes in, and we wouldn’t have it any other way.
But sometimes, something even less ordinary comes along that makes our jobs just that little bit more intriguing.
A few months ago, we received an email from a client that wanted to develop a Facebook game to promote their Tilda Microwave Rice products. Food, games and Facebook: overall a pretty sweet brief to work with. Developing a game for Facebook meant that, if the game was ever going to be a success, it would need 2 things: a simple concept and great design to make it stand out from all the other stuff on people’s news feeds.

Tilda Rice takes 2 minutes to cook in the microwave, and the client wanted to promote just how quick and simple it is to prepare a full, nutritious meal. So we gave players exactly 2 minutes to try and collect as many falling ingredients as possible to increase their high score. The game would run for 1 month on the Facebook pages of Frankie and The Shopping Basket, and there would be no less than 100 winners announced on the final day, with the player in first place taking home a tablet and the runner up winning a smartphone.
Fast forward to launch day and the game was ready to rumble. Design, development and rigorous testing had got us this far, but there was no telling how the game would be received by the audience. 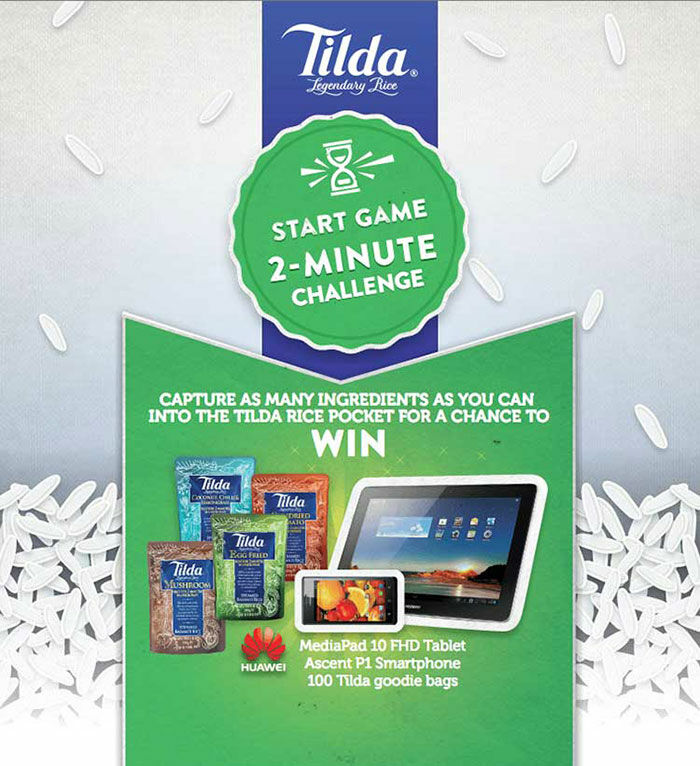 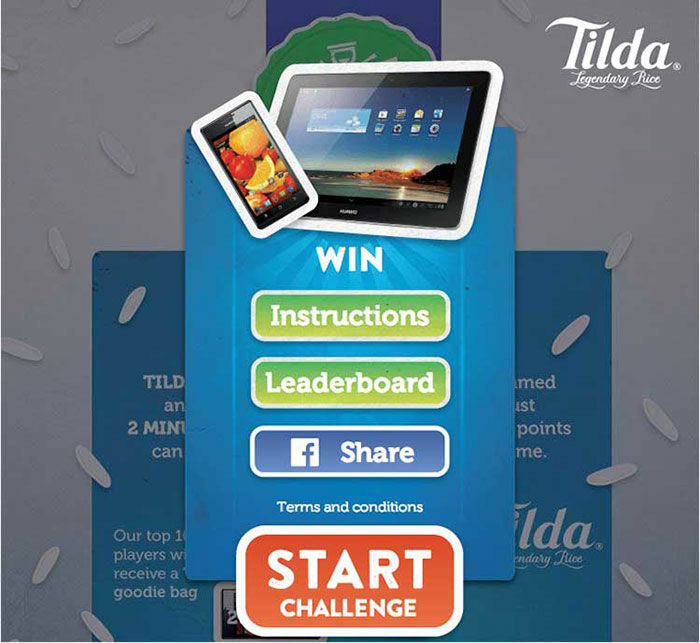 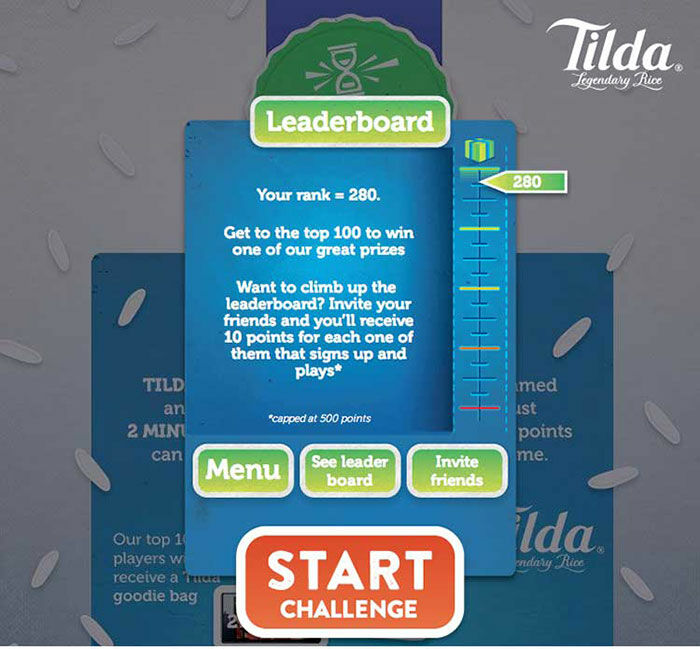 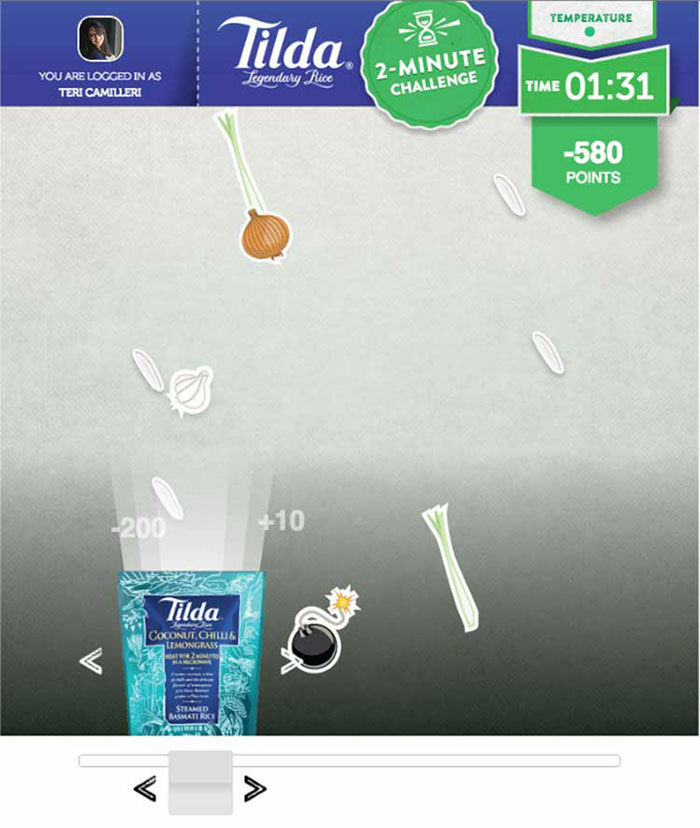 One month later, we’re happy to confirm that the game was a success.
Just under 40,000 games were played over just 4 weeks. Players spent an average period of 9.5 minutes on the game page, which is plenty of time for the point of the campaign to come across – chances are that most of those players will remember Tilda the next time they’re at the supermarket. Mission accomplished! 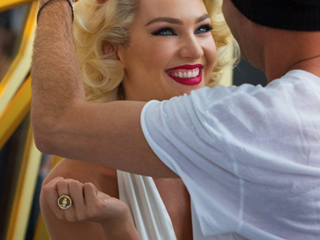 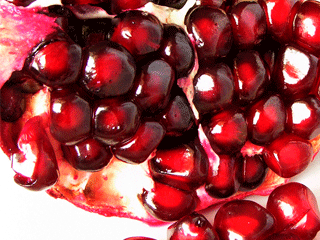