Considering Malta celebrates the most public holidays in the EU, it’s quite disappointing we don’t partake in Superbowl Sunday. Switchers, surely wouldn’t pass up the opportunity to watch Superbowl ads all day long on TV. Superbowl ads, for Switch, are the equivalent of John Lewis ads in Christmas time – we live for them!

Let’s get one thing clear – the only reason we know about The Superbowl is because, apart from streaming football, the event features tens of brilliant ads throughout the event. Each year, we look forward to Superbowl ads like we look forward to food at the end of each day. Superbowl ads usually span around 30-60 seconds and compete to stand out among the other hundred ads showing throughout the game. Some brands feature more than one ad so the competition is fierce.

What makes a good Ad

Trying to do so among a crowd of roaring football fans can be challenging. Especially when you’re showcasing your company beside multiple globally-established brands. So what’s the secret behind all successful Superbowl ads? Top notch scripting.
In order for an ad to stand out of the crowd (literally in this case) and pass a message on affectively – the creative company has got to understand its audience and hit their most vulnerable spots. What are our consumers’ interests? What is relatable on a national level? What does our audience inspire to be and how can our product help their aspirations?
Today we analyse our favorite Superbowl ads from 2018 and how they managed to incorporate the above factors into their cinematography.

Can we please just talk about all the sneak peaks the Superbowl blessed us with? If the Westworld season 2 trailer was not a good enough reason to watch 3 hours of football – I don’t know what is. Apart from the Westworld trailer, Superbowl fans were also allowed first viewings of: Mission Impossible – Fallout, Avengers – Infinity War and The First Purge amongst others. Trailers are THE way to our hearts.
Why did it work? What is there not to love about trailers? Fangirls sulk in corners while they wait for new episodes to come out. The least production companies can do to reward our loyalty is give us sneak peaks of how our Sundays will look in the near future.

2) Avocado from Mexico and Jeep

The two distinctive brands featured one common theme – Paleontology. Following Jurassic Park’s success in 1993, Jurassic World was the second top-grossing movie in 2015. With Jurassic World: Fallen Kingdom estimating its release for June, the topic couldn’t go unfeatured. While Jeep managed to star Jeff Goldblum in their ad, co-star Chris Pratt appeared in two Superbowl ads but in neither of the two channelling Jurassic World. In fact he starred in Michelob Ultra’s ad, instead, promoting the health-conscious beer.
Why did it work? Jurassic World has been everywhere since 2015. Chris Pratt ruled Hollywood in 2017 and is coming back in 2018 for a second installation of the franchise. Jurassic World-inspired ads are as exquisite as trailers.

According to engagement scores gathered by AdBlitz (a Youtube-based voting sphere), Amazon’s Superbowl ad was best received by this year’s audience. The ad featured numerous celebrities serving as Alexa’s voice. The lineup featured Gordon Ramsay, Cardi B, Rebel Wilson and the iconic; Anthony Hopkins. While the celebrities proved to be awful AI assistants, they sure did a heck of a good job at entertaining the Superbowl audience.
Why did it work? Apart from featuring numerous celebrities, the ad deals with way too familiar scenarios. Let’s face it, we’re all slightly paranoid that Alexa is judging our every single demand. I mean yes, I used the calculator to add 10 and 6 together that one time but I will not be ridiculed by a machine!

Listening to Aerosmith takes us back to the 70s, just like this ad did with Steven Tyler. Following his big Superbowl break in 2015, Tyler makes his comeback to the sport event with Kia. Steven Tyler drives the Kia Stinger in reverse to the tunes of Crazy. The 365-horsepower drives Tyler back to his 30s – proving to be a timeless design with an enduring soul. The 70s kids in the audience sure felt rejuvenated thanks to this ad.
Why did it work? Let’s face it, half of the Superbowl watchers had no idea who the dude in the race car was but a portion of them felt represented by the ad. Kia sought to refresh everyone to their prime years and they managed it perfectly thanks to Tyler’s performance.

We’d be doing this ad review an injustice if we didn’t pit Coke and Pepsi against each other. Coke might sell better than Pepsi on the market but we personally think Pepsi owned it with this year’s Superbowl ad. While both companies sought to bridge the gap between diverse individuals, Pepsi had a clear idea of who they were targeting. In fact, the ad did an excellent job at representing typical American-hood while being humorous and upbeat. Also – extra brownie points for all the legendary references, Pepsi!
Why did it work? Pepsi was just on top of its game! The music was on point, the references were to die for and the storyline was all-too-relatable. Also, Spears’ and Crowford’s camos didn’t do it any harm either.

The Lip Sync Battle era just had to feature a sing-off. Doritos and Mountain Dew are as harmonious together as the tunes of Missy Elliott and Busta Rhymes (who also feature in the ad). And who better to represent each product than Peter Dinklage and Morgan Freeman themselves? The time-relevant themes were just perfect for the Superbowl ad and let’s face it – how more American can you get than Doritos and Mountain Dew?
Why did it work? Take 2 of our favourite actors and have them lip synch to just about the coolest hits. All while promoting two heavenly products. The ad had the audience on their feet rooting for Team Red or Team Green.

We never thought what we were missing in life were men in football gear dirty dancing to The Time of My Life. The NFL stars shed all boundaries to show us the true spirit of the New York Giants. The ad served as a humorous homage to all past touchdowns and the seasons to come.
Why did it work? The promo was fun. Simple. We all know a guy in our life who has an epic bromance – we’re sure the ad had many poking fun at their loved ones because the scene was just all too relatable.

Ah… the beauty of user-generated content. Kraft is a simple food company but its Superbowl ad said so much more about it. Instead of commissioning celebrities like most brands, Kraft released a call for family pictures and home videos back in January. The company promised to deliver a true picture of American family life and it kept its word. While the ad featured different takes on family-hood, the selected submissions also perfectly embodied the importance of football in American culture which worked perfectly with Superbowl fans.
Why did it work? The company didn’t rely on celebrities to piggy-back on, but rather 30 seconds of pure gold – family memorabilia. The Kraft ad had people giggling and smiling through it all – eager to get home and look through their own family collection.

Toyota is an official partner of the International Paralympics Committee but it had no right to tug at our heartstrings like that… The moving ad introduced us to gold medalist, Lauren Woolstencroft, a world renown alpine skier with a physical disability. The chances of winning a gold medal are 1 in 997,500,000 but Woolstencroft defied the odds by winning 8. What is this liquid coming out of my eyes?
Why did it work? Our emotions were heightened, our aspirations were raised…The Toyota ad had us believe we could walk out and conquer the world. That is after we finished wiping the tears off our face…

Numerous companies sought to promote charitable action, such as Stella Artois and Budweiser with their clean water initiative. The most effective ad in this section was by far Hyundai’s. The car brand set up rigged metal detectors at the Superbowl entrance. Hyundai car keys set off the alarm and their owners were relocated to a room where they were introduced to Hyundai’s Hope on Wheels concept. The initiative donates a portion of Hyundai’s profits to cancer facilities which helps care for sick children and their families. This ad made me want to exchange my old Volkswagen for a Hyundai so I’m guessing it worked its magic on me.
Why did it work? It could’ve been any of us standing in that room. The initiative was seemingly spontaneous and gave thanks to their supporters. Hyundai would be nothing without its loyal customers but its charitable act gave them so much more than they believed they were getting. Hyundai makes its customers heroes everyday.

What have this year’s set of ads taught us about creating good content? Make your ads relevant both contextually and periodically. Portray your company as relatable and kind. But above all; hit those heartstrings – HIT ‘EM HARD.
Still don’t believe in the power of heart-centred marketing? Teri begs to differ in her awesome blog post. Check it out. 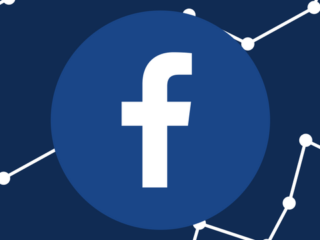