So I’m sat here, knowing that I’m going to either be moved to tears or blown away and I click play. Darth Vader? Damn, I’m watching a spoof version. How fast do these get made? I go straight to the source at John Lewis’ website and get the ad from there. Play.
Yep, we’re good – there was a definite tightening of the throat and a light moistening of the eyes. Not their best but how on earth could they ever expect to top their glorious, sob-worthy 2011 offering?!
The run up to Christmas has become as much about the eagerly-awaited super-ads as it is about last-minute shopping and fairy lights.
Only this year, it was war.
Just as soon as I smiled and closed the tab, satisfied that John Lewis had another winner in the bag, I received a message from a friend.
‘Have you seen the Sainsbury’s one?’
Play.
Hmmm, an animated cat in a live setting.
Well it’s good so far, HOLY SHITBALLS IS THAT EMMA THOMPSON NARRATING? Ok, they’re definitely winning.
Well, that ended with a definite tear. It didn’t fall, but it definitely hit. It was all about the little things, like the look of desperation on the mother’s face when she enters her home, post-fire and then the beautiful gesture by the neighbours as they poured over the threshold and saved their Christmas.
Both great, but could Sainsbury’s be better than John Lewis?
Ho ho! Looks like Currys PC World have thrown a wild card into the mix. Jeff Goldblum? Gotta be comedy. Yep, it’s comedy. It’s brilliant! My god, and just when you think that it’s going to be hammy and awkward, Jeff actually moves you with some super emotional acting. Hilarious and one of the few times I’d actually write LOL, because I did.
This is getting hard. Every big ad’s better than the last. It’s a bloodbath.
Ooh, we’re getting continental – and with a German supermarket? How glam could that be?
Play.
It’s beautifully shot. Lonely, elderly men must be a thing this year. Oh, he’s spending Christmas alone, that’s heartbreaking. WOAH. Did he just fake his own death?! Ho, ho, ho! Surprise! Why is his daughter smiling? I would have dressed him with his massive, German supermarket-bought turkey.
Nuh uh, that’s a bit of a step too far. Yes ok, I did get emotional but when I thought about it, it’s absolutely batshit-crazy.
What? Spain? The Lottery? Surely not. What a continental battle this is turning out to be.
Play.
It’s entirely animated. Wow, it’s stunning, budgets must have been cray-cray. What did the company do, win the lottery? Ha.
It’s beautiful. The montage where Justino, the night watchman, playfully pranks the daytime colleagues he never sees is both masterful and sad.
The ticket! I did not see that coming and oh! Yes. Could it be? Yep, that’s a definite tear rolling down my face. Who’d’ve thought it would have been brought on by the Spanish lottery?
That’s definitely this year’s winner for me. The most human ad of them all, without a single human present.
Which one’s your favourite? Any others I’ve missed?
Let me know here ↓
And as we’ll all be hearing for the rest of December… All the best! 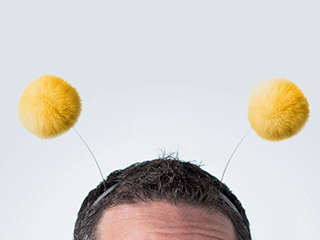 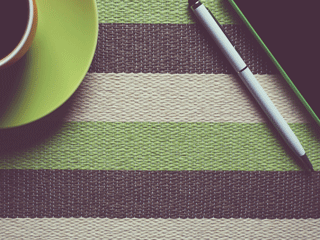