We can observe trends all around us – from fashion and art to social structure and even politics – trends seem to shape the very fabric of our society. An academic description of a trend would be “the general direction in which something is evolving”. Given this definition, trends must, therefore, have different stages that can be shaped by different forces, just like evolution. In reality, we all follow trends in one way or another, but we’re just not necessarily equally influential in their creation, shaping, and consolidation.
It is difficult to predict what is going to happen, however if you break things down you can always identify a method to the madness. Life comes in waves and so do trends, and just like waves, they start off small and keep on gaining momentum until they potentially turn into tidal waves. Some make it… But most don’t.
In this first blog on trends and trend watching we’re going to take a look at the three main personalities and stages to better understand the journey, a trend goes through from when it is created until it becomes an accepted norm. For this first instalment, I’ll just stick to an overview of this journey and will dig deeper in future posts. So stay tuned or fall behind 😉

In the beginning… There’s the Creation Stage

It all starts off from the Trend Setters. These are the guys who ask what’s going to happen tomorrow. They have a forward-looking mentality and always seem to come up with unthinkable new ideas. Some catch on while others are just dismissed as crazy notions brought about by people who are simply too crazy to comprehend. This is the stage during which the trend wave starts to form.

Trend Followers you’re up… The Shaping Stage is next!

Once an unorthodox idea is out there, there will obviously be some who like it as much as the individuals who came up with it. Enter, the Trend Followers – the people who ask what’s happening today! Those who always try remain up-to-date with what’s going on. These individuals are seen as trendy, daring and are, most of the time, leaders in their social groups in some way or another. This is the bridge between the creation of a concept, and its mass following. Hint hint… This is the audience you should be targeting if your campaign is somewhat crazy and innovative.

Simple truth is most people love their comfort zones, and will only start following trends once they know the cool guys are doing so. Just like the Late Adopters, who ask “ What happened yesterday?” These individuals have a reluctance to take risks from the very start in most situations and would rather wait until an idea has gained a bit of momentum until they adopt it, so no one thinks they’re weird. Although this mentality has the least influence over a trend’s creation, it is these people who have the power to consolidate and make it popular. So these guys will determine whether a ripple remains a ripple or becomes a wave.
Well, that’s a trend’s life cycle, in a nutshell, brought to you by a humble observer. So now that we have put things in perspective, let’s ask ourselves, where do we fit in? Do we strive to be a leader in any of our interests and activities? To which audience should we communicate our next great idea?
Catch you on the next wave 😀 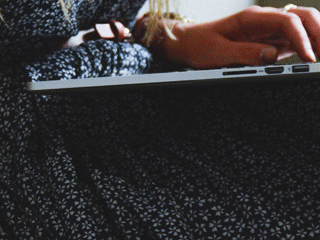 Previous Post (p) The Beauty of Working in Digital Marketing 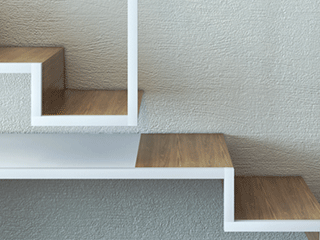