Work is still work, even when you love your job.

And work still weighs on you, even if you enjoy that work.

When the pandemic started, a lot of people relished the opportunity to work from home. As a change from the office environment, it was a welcome one: a chance to work without factoring in long commutes, without having to focus your energy on adhering to office rules. Feel like working in pyjamas? Go ahead. Want to stop for a five minute workout? Done.

Now we’re going back to the office, and there’s a few things about the way we used to work that stand out hard and harsh.

With working from home, the working week’s eight hours sometimes stretched into ten or twelve – its own set of problems – but it took that time from the time earmarked for commuting. Housework could theoretically be done during the working day: five minutes here, three minutes to wipe the table, four minutes to fold some clothes. That left the weekend free and easy.

Your brain could recharge.

You could take a break, and come back refreshed, ready to look with new eyes.

Working from home isn’t a completely risk-free option either, but the alternative is going back to long work days, longer commutes, and even less time spent being able to relax.

And we’re not sure it’s a viable option for businesses anymore. Especially not for creative businesses.

The world’s longest workplace experiment finished at the beginning of this week. From 2015 to 2019, over 2,500 Icelandic employees shrank their working hours from 40 per week to 35 or 36. The ultimate goal was to improve work-life balance while maintaining the same level of productivity and pay, and it involved employees from offices to hospitals.

Better work-life balance, less risk of burn-out, less stress at home: the Iceland experiments were a resounding success. Employees were better rested, could spend more time with their families, could actually use the time saved for hobbies or to rest, and nothing changed except shorter meetings. Over 86% of Icelandic employees have now moved to working shorter hours permanently, or are in the process of negotiating shorter hours.

It’s huge. In the year of 2020, in the constantly moving grind-and-hustle panic of the world, an entire country has decided that employee welfare and the economy matter as much as each other, and have taken steps to make sure that it’s never going to be a case of either-or again. Other countries have followed suit, or ran their own experiments – everyone knows about Microsoft Japan’s shorter working week experiments.

Your business could benefit from the same.

Working Shorter Hours: A Case For

The greatest problem companies stress about when it comes to shortening work hours is this: how do you manage to keep up with the workload?

Not unless you figure out what that workload is.

And not unless you figure out how to make the workload work for you.

A significant portion of time spent at work is spent doing other things: administrative tasks, catching up on email, swapping from meeting to meeting. Pre-COVID-19, all of these things felt essential, up there with actually getting that brand tone of voice written down, or scheduling a shoot.

As workplaces spread out and the world shut down, meetings and busywork faded. Online meetings have been a productivity booster that nobody really saw coming – everyone hates them, so people don’t get stuck on the tiny details. Similarly, a lot of meetings could be disseminated into an email, or collected into one mega-meeting instead of a couple of small ones.

Tiny changes. That’s all it takes.

Switching permanently to four-day working weeks isn’t going to be easy, and it’s going to take a while for the rest of the world to catch on. The idea of working a ‘full week’, even from home, is that you work Monday through to Friday, and overtime included; to actually start prioritising ourselves again is a change that not a lot of industries are ready for.

When you prioritise your employees, they’ll prioritise you. When you allow them to do what they want to do, they’ll figure out how to give it back because they want to. We talk about human brands and human stories all the time – now we need to extend it into human corporations.

In August, we’ll be trying out our own four-day work week. We’ll let you know how it goes, but honestly? We’re feeling positive about it.

This is going to be good. 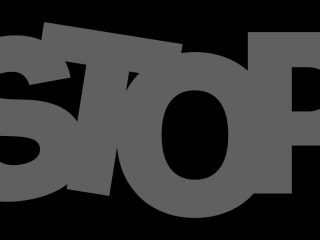