Social media has come a long way since IRC, Hi5, and Geocities.

What started as a way to share files and images, keep in touch with old friends, and connect to other people through the internet has ballooned into its own unique internet subculture and social language, and created an industry based around conversations.

And it isn’t just because the tech has changed. In many ways, the same tech that formed the exoskeleton of Web 1.0 stayed for Web 2.0.

But we use it in a completely different way.

The audiences, and how they communicate, have changed. So have the ways in which they communicate: from public chat to tiny, microscopic pockets on the internet; from sweeping forums to a particular, and singular, post on a singular page.

Whether it’s a brand poll on Instagram, a Facebook review, or a LinkedIn connection, social media has evolved into the most effective way to connect with your audience and have a conversation in a virtual space.

And brands tend to misuse it.

With brands, when we see a social media post that rings out false, the ramifications are much stronger than just ignoring it.

Brands are being held to a higher standard now. The one channel where they can connect to an audience more or less freely – allowing different facets of brand personality to shine through, communicating in a way that’s varied from official communications – and brands stumble when using it.

Mistakes happen to everyone.

Brands can’t afford to let them happen to them.

Social media is a mirror. The way brands use it to communicate is held up as a reflection of the way the brand acts, what it supports, and how it treats its audience and consumers. Whatever happens on social media tends to have real-world ramifications for the brand.

This didn’t used to happen. Social media used to be just another platform; one more place to post an ad, and let it do whatever ads do when they’re not supervised. Like buying a billboard, only much smaller, and with a much wider reach.

Today, the way social media works is far more finicky, but brands haven’t moved out of their ‘billboard’ phase, and haven’t elaborated their strategies beyond ‘put it on social media and see what happens’.

That needs to change now.

What to look out for

We spend a lot of our time on social media – both personally and professionally. It’s easier for us to pinpoint where brands go wrong than it would be for your average consumer.

It doesn’t mean that they don’t notice.

However, the outcome is the same: if your audience isn’t happy with how you’re posting, then you’ve lost that audience or dented their trust in you. And, right now, trust is everything.

Here are a few things we see that can do more harm than good when it comes to using your socials.

We see this a lot when it comes to movements – Black Lives Matter is one of the more recent examples. While showing support for a movement is always a good thing, only doing it on social media is not really the way to go around it. Social media is geared towards building traction: likes, comments, reblogs, all of them used to elevate whoever is using them and draw it to attention. Brands that co-opt popular hashtags like this normally don’t do a baseline amount of research to see what they’re allegedly supporting; and without the acts to back it up, it just comes off as false and pandering.

Even when done well, brand apologies on social media will come off as fake. Part of this is due to the proliferation of apologies going around right now: brands that make mistakes, influencers getting caught out doing something stupid, public figures behaving badly. Part of it is due to the fact that, after brands apologise, nothing changes, rendering both the apology and the brand’s trustworthiness moot.

Follow up your brand apology with a lasting, behavioural change, and you might get somewhere. If you show proof that you apologised and meant it, that’s different.

Nobody likes working for free. Brands that don’t offer to pay their collaborators are primed to become the internet’s public enemy number one, especially with the conversations always going around about charging what you’re worth. This goes for artists, mostly, but also for influencers, models, and anyone else who has a skill that the company or brand wants to exploit. It isn’t a good look to get caught begging for free things from a notable public figure; today, the audience you are speaking to wants to know that the brands they frequent have enough fairness to pay people what they’re worth.

Our social media specialist, Ernesta, says:  “Even though the value of creators’ content for the brand is high, some brands would rather pay the same amount for a billboard. They see online creators as an extension of their digital channels, which in their mind should be almost free, and that shows a lack of partnership mentalities with brands and influencers and creators.”

Would you buy a car recommended to you by an interior designer? Brands need to know who they’re collaborating with: who their audience is, what their audience will respond to, how they can talk to their audience in a way that will bring them value. One of the ways to do this is by partnering with influencers.

But it has to be the right influencer.

Sustainability isn’t all priced equally, and that’s alright. However, big corporations that opt into ‘green’ products with a higher price tag are forcing audiences to choose between their morals and their budget, and it’s not an easy decision for anyone.

Furthermore, when someone with a lesser-known brand can make it cheaper, they’ll usually get talked out of the same space by multibillion brands with a greater chunk of the conversational pie.

Kim also has a point to make about ‘greenwashing’. She says, “Greenwashing is a strategy used by brands that are neither ethical nor sustainable use to make consumers believe that they are. This is used a lot in the fashion industry, by a lot of fast fashion brands. Since people are more aware of the impact of clothes production on people and the environment, it’s in a brand’s best interest to make consumers believe that they care and that their production lines are made ethically and sustainably.  Deceiving people into thinking that they’re green is also illegal but it’s a lot more subjective, meaning that with good lawyers and the right word choices, they can get away with how they label and market their clothes.”

Every social media platform has its own nuances.

Most brands choose to ignore that.

The language that works on Facebook won’t get you the same reaction on Instagram. Copying and pasting a Tweet into LinkedIn loses all of its nuance. What made a particular post work well on one social media platform – whether it’s down to content or language – is not going to work on another platform in the same way, if at all.

But brands choose to take posts from one social platform and put it onto another, usually by copying and pasting and leaving it on their pages without editing or changing it up. Broken links, hashtags that don’t translate, and language that doesn’t ‘go’ on that platform: all of these pull focus away from the message that you are trying to convey.

A strong brand should have a strong tone of voice. Watering it down for the sake of adapting to a social media platform doesn’t help the brand maintain originality, and makes it easier to lose in the noise of socials.

It’s important to fit in on social media – to use language that works with the platforms, to talk in a way that fits the platform. It doesn’t mean you should stop talking like you.

Misunderstanding of the tools

Adverts which push you to a page that doesn’t service your country don’t do anything except annoy the people that get them. It’s a waste of money and a waste of time, and with so many other brands working to get things perfect, the least you need to focus on is getting things correct.

Bots – the newest roll out – are usually poorly implemented. They won’t sound human enough to appeal to your audience, or they haven’t been programmed with the right answers; when in doubt, best not use them at all. (In Melissa’s own words: “nothing is more frustrating than brands trying to use bots to sound human, but actually ruin the experience completely.”

Tools also change. Brands that rely on Facebook, Instagram, and Tiktok as remaining stable and unchanging are just wasting their own time. With algorithms changing often and social media frequently updating the way they work, brands who don’t keep up with adjustments fall behind, and fall behind fast.

Beauty is in the eye of the beholder, but an ugly ad is not going to be considered beautiful by any metric. Bad design, such as ads that work on print media and are just cropped for social media, is another corner-cut that makes it clear social media is an afterthought for you.

Most brands also don’t maximise their design to take advantage of the platform they’re using. Stories for Instagram should be made separately from posts for Facebook, rather than just cropping or reposting an existing image. That little bit of care goes a long way to showing that you care about your audience enough to give them content that matters.

According to Andrea, our head of design, “there are still so many ads that pop up that have not realised that social is a medium in and of itself.”

What do you do instead?

A lot of the mistakes we’ve talked about just tend to happen. Social media is still a relatively new way of advertising, and brands aren’t used to it – yet – or to the fact that the rules made up for social media evolved naturally. They weren’t there at the start. Things just happened.

That spontaneity is why social media advertising is simultaneously the best and the worst way to connect with an audience on a deeper level. Figuring out the best way to put forward a calculated post – and still have it seem spontaneous – is on a different level entirely.

Here’s some tips to help cut down on some of those social media gaffes: 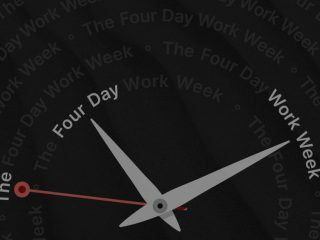 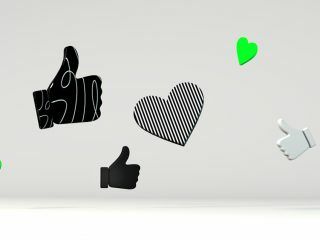