As designers, we are naturally curious people – we can get bored quickly with the ordinary and this leads us to explore and experiment. We are very lucky that we can create and transform a thought or an idea into something tangible that has a positive impact on our audiences.
Being a product and spatial designer, I am faced with certain constraints that I need to take into account with every project (don’t get me wrong, these make the project interesting and challenging). These include the limitations of materials, the space available, industrial processes, costs etc. However, the initial thought process is free of such limitations, thus enabling the mind to roam free.
On one of those occasions, whilst doodling in 3D, I remembered that once I had read about mathematical shapes and this got me back into looking them up.

The most notorious shape of them all, in my opinion, is the Möbius loop. It was discovered independently by the German mathematicians August Ferdinand Möbius and Johann Benedict Listing in 1858. It’s very simple to make: get a strip of paper, give it a half twist and glue the edges, and you end up with a Möbius loop. 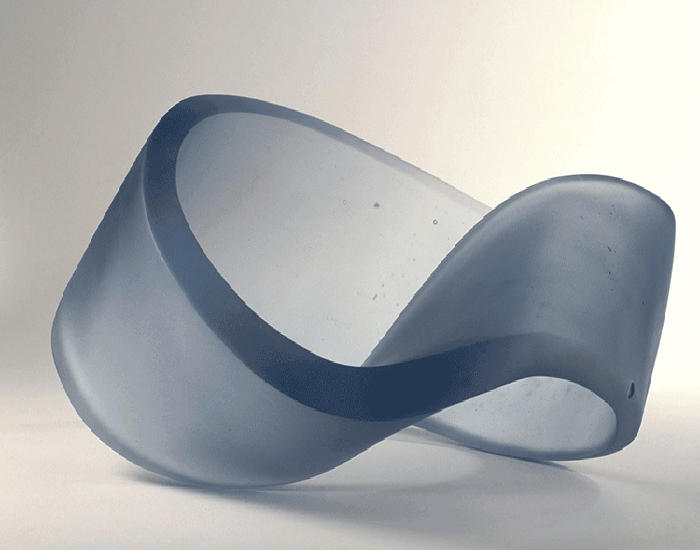 I’m not a mathematician by any stretch of the imagination so I can merely talk from a designer’s stance.
What’s fascinating about it from a topological point of view is that starting from a 2D shape with 2 sides and 4 edges; we ended up with a 3D shape with 1 side and 1 edge. That means that if you make the loop big enough to walk on, you can travel on both sides without crossing an edge, just by going one dimension higher.
This opens a whole range of possibilities when it comes to products and spaces. We can change the way we move through and interact with spaces, explore new properties of materials, change the way we use certain objects, improve fabrication processes and the list goes on – all thanks to a half twist. 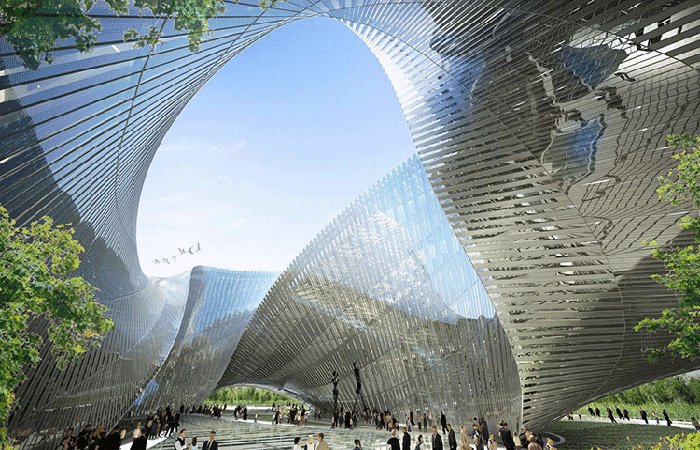 Going back to the paper Möbius, if you try to cut along its surface in different ways, you’ll get an amazing array of counter-intuitive results but what I’m mostly interested in talking about is what happens when you try to glue 2 Möbius loops along their edges. It turns out that you can’t, because the resulting shape can only exist in 4D, a dimension incomprehensible and inaccessible to us living in 3D. The closest we can get is by creating what is called a Klein bottle, discovered by Felix Klein in 1882.
A Klein bottle is formed by joining two sides of a sheet to form a cylinder, then looping the ends of a cylinder back through itself in such a way that the inside and outside of the cylinder are joined – a picture here is worth a thousand words. 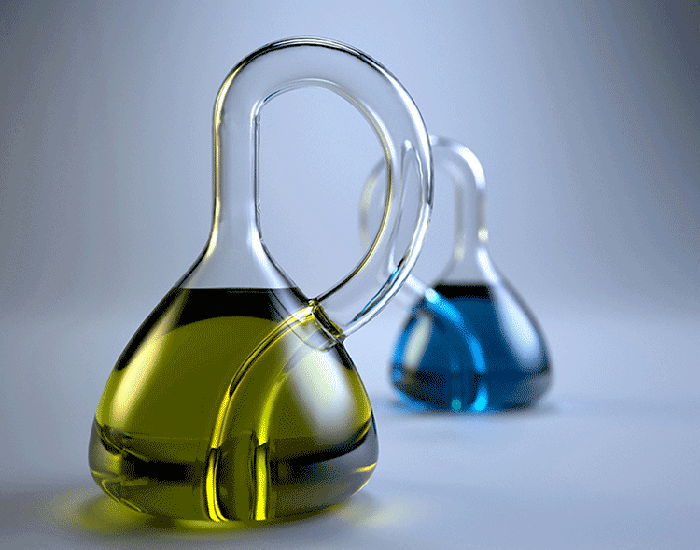 If you cut a Klein bottle in half, you would end up with two identical Möbius loops, thus giving a topological proof that a Klein bottle is conceived of said shapes. So haven’t we said that it can only exist in 4D? Indeed. If the Klein bottle was in 4D we wouldn’t have that annoying intersection where the ‘neck’ of the bottle passes through the bulging part thus creating an object with 1 surface and 0 edges.

So what are we seeing then?

Let us use an example. If we take the average cube and cast a light on it directly from above, we’ll get a square-shaped shadow. Therefore, we can say that a 3D object casts a 2D shadow. A Klein bottle is nothing more than the 3D shadow of a 4D object (mind blown).
This can be proven further by drawing a diagram of a Möbius loop on a piece of paper. We’ll get intersection when producing the 2D diagram but we know very well that in reality the Möbius loop has no intersections. 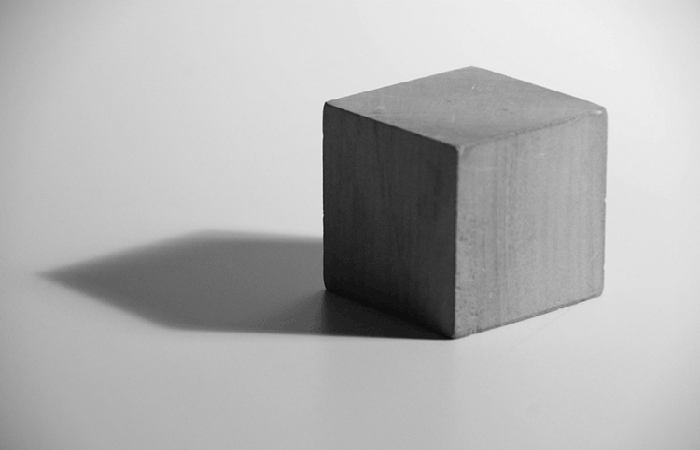 The morale of the story is that there is so much that can be exploited in the design field just by experimentation and some good intuition. We can create fantastic products and spaces by stepping outside our comfort zone and experiment with things which we don’t necessarily understand. Following the principles of good design with the right amount of ‘just wing it’ I believe we can radically change the way we think, perceive and design. 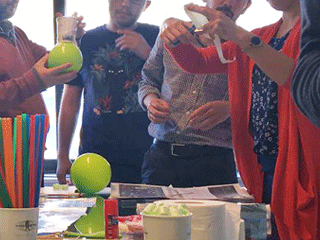 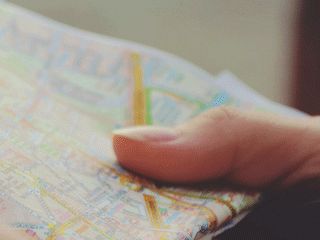