I am the only lesbian in the office.
Right, now that’s out of the way: happy Pride month! As everyone knows, this is the month all gays are gifted with supernatural powers to fulfill the Gay Agenda™, like filling up their cars, buying groceries, and destroying Family Values™. If you agree with that last sentence, maybe stop reading because this is just going to be a whole lot of nope for you.
On the whole, my life as The Only Lesbian At The Office is fine, except I’m not allowed to join in certain conversations because obviously As A Lesbian I don’t understand these things and Am I Really Gay If I Do? Topics include:

Unrelated, here’s a picture of me and my partner for absolutely no reason at all whatsoever. I’m the one on the left. 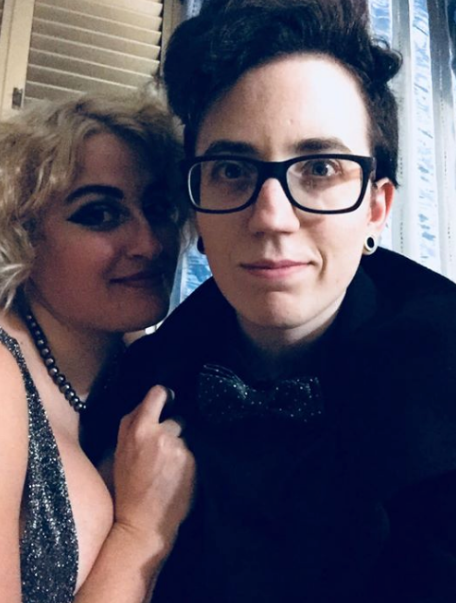 Also before anyone gets offended: That was a joke. That whole paragraph.

Pride Month is a weird month. One one hand: yay for illustrating the reality that Not All People Are Alike And It’s Okay! On the other hand: you’re using that to sell shoes/alcohol/razors/phone services, and not very subtly. Everything marketable suddenly brings out an ad supporting gay rights or talking about gay rights, or more realistically, talking about gay rights in the context of Here Are Some Things Even You, A Gay, Can Use And/Or Frequent!
Every year, there’s a fresh new wave of adverts at the end of the rainbow, but for championing Diversity And Inclusivity, quite a lot of them are the same, featuring:

One in a million

We are not talking about those adverts.
Pride Month means a lot to people. We can go into statistics about how many people are kicked out, how many people have their families disowning them, how many queer people are harrassed and attacked when they’re out doing their lives. We could definitely go into all of that.
But we won’t.
This Pride Month, we’re talking about happy adverts, the ones that take the core of what LGBT is, and puts it on paper. The kind that shoehorns their brand out of the way, and makes it about their consumer, about the people, about community. The next Stonewall is digital.
Here’s how it goes.

The top comment on that video says ‘the best response to stupidity is to laugh at it’. There’s nothing more that needs to be said than that.
Okay, there’s a lot more that needs to be said than that. This isn’t focusing on the community, per se, but on every conservative’s favourite battlecry: ‘you’ve got marriage rights, what else do you want?’ This shows a couple cowering inside their house because of the Gay Agenda™, which is showing up to their weirdo neighbours’ house to see if they’re okay and do they need groceries?
The shot of kids playing in the street, juxtaposed against the destroyed house, perfectly sums up the mental landscape of people who look at a rainbow and run shrieking three thousand miles in the other direction in case they ‘catch’ the gay. It doesn’t piggyback on suffering, and it doesn’t make it about trauma — it’s just light-hearted and fun, which desperately needs to exist more in advertising.

Look how happy everyone is here! The brand doesn’t show up until the last minute. All of the focus is where it should be – on the people telling the stories, on their experiences, and the celebration that’s about to come. It sheds light on people who were there in 1969, people who are here in 2019, and every year in between. The focus isn’t on the brand, which is Google+, but on making sure that everyone who has a story to tell will tell it unhindered. 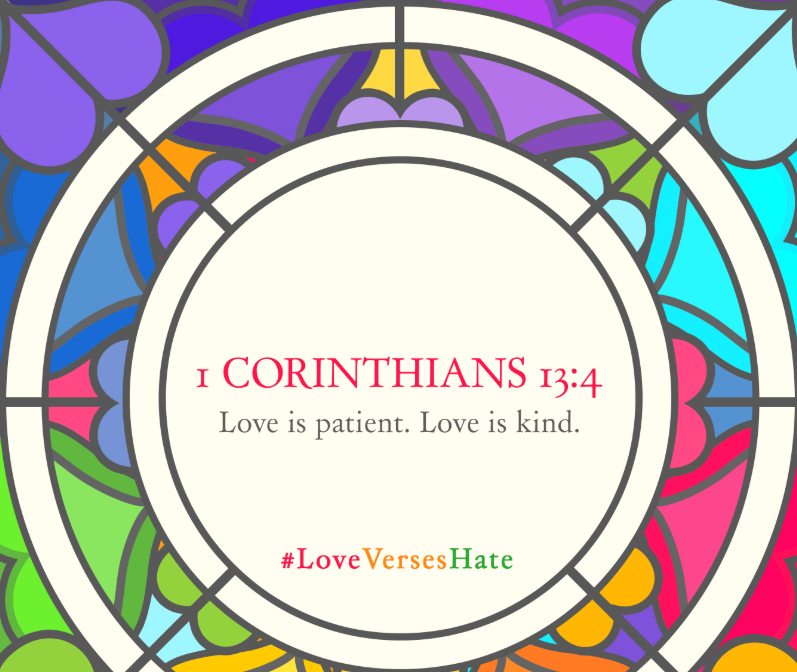 There’s everything to love about this: the bright, stained-glass rainbow design, the font choice, the simplicity of it.
The fact that they’re turning a much-cited argument against its use.
When people co-opt the Bible as their Basic How To Guide for Life, they forget that the first thing preached in the Bible is tolerance and love and peace, and loving thy neighbour, etcetera. This shows how stupid those arguments are. This shows how easy it is to repurpose those arguments in literally any other way than mouth-foaming intolerance.

Pride marches are important for a lot of the community.
It’s worth remembering that the social movement to be proud isn’t that old. Stonewall was in 1969; gay rights groups were formed in the 1970; in the 1980s, gay men died wholesale without anyone caring or trying to help them – they became a joke, funerals to be swept under the carpet and forgotten.
Let’s be generous and say gay rights bloomed in the 1990s.
That’s 29 years ago. You know at least one person who’s older than that.
Say you want to believe pride started in 1969, and didn’t slow down. You’re wrong, but let’s calculate that figure: 50 years.
Your parents are probably older than that.
When you wonder why people go all out on Pride, this is it, and this ad captures it so well: the music is nearly an afterthought, the actual people selected are irrelevant, but they capture the Pride March in Oslo the way that the march feels: thrilling, irreverent, wild, happy, safe, safe, safe. It’s a chance to march and bellow and scream and be.

So what have we learned?

On the whole, it’s pretty much the same as supporting any civil liberty. If your company is known for championing gay rights, go ahead and scream it from the rooftops. Put the community first. Put the identities and stories and people you’re championing first. Donate. Make your ad mean something.
If your company is NOT known for championing gay rights, maybe don’t take out that rainbow-studded ad? It’s not going to go well, AND you’re going to alienate your existing customer-base.
To summarize: don’t be a dick, and you’re golden. 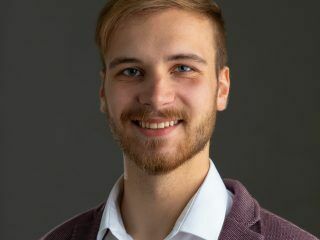 Previous Post (p) Invest Your Heart: My Internship at Switch Digital and Brand 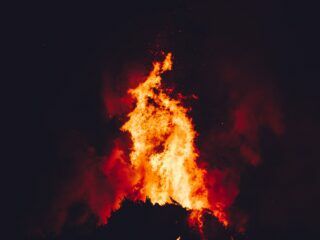 Next Post (n) on the breakdown of society during a blackout