Every so often, there’s a change that rocks the internet.

The CEO of Twitter stepping down is one of them.

Social media networks are run like little empires. Unless the king dies or gets his head chopped off, the creator who makes the social media platform keeps hold of it as it grows, as it wanes, and as it starts over. There are exceptions: Tom from MySpace, Karp from Tumblr.

But those are outliers.

Jack Dorsey runs a successful social media site. It isn’t as popular as Facebook or Instagram and it doesn’t have the same reach as Tiktok, but it’s a fringe social network that’s popular with the people on it. Brands can build a decent following on it. People are happy to participate in the latest Twitter discourse.

It’s not a site you step down from.

Let’s talk about what it means.

Jack Dorsey, the founder and CEO of Twitter, resigned from his post and appointed Parag Agrawal as his successor. Dorsey, who also owns Square, posted a screenshot of his resignation email to Twitter on the 29th of November.

Why did he step down?

In his email, Dorsey stated that founder-led companies are limited in their reach and prone to failure.  He also stated that the time for him to step away is right: with Parag taking over as CEO and Bret Taylor as board chair, the implication is that Twitter no longer needs him to stay as CEO.

At the bottom, he added a note: he wants Twitter to become ‘the most transparent company in the world’.

The internet is a puzzle box of opinions. Here is a collection of the theories that  are trending about Jack Dorsey’s resignation:

1. Jack Dorsey resigned to focus more on his fintech and blockchain endeavours.

Square, his payment company, is up and coming. Since 2019, Dorsey has been vocal about wanting to devote more and more of his time to blockchain, fintech, cryptocurrency: all the neo-financial buzzwords. With the advent of Bluesky, a decentralised social media project, maybe Dorsey’s finally moving on from tech and into a different flavour of tech – one that he’s been passionate enough about to tell a crowd, ‘if I wasn’t at Twitter or Square, I’d be in cryptocurrency’.

2. Twitter is failing and Dorsey wants to get out before it collapses.

Twitter is the crowning glory of awful social media habits. You’ve heard of ‘cancel culture’? Well, Twitter is where it started. Doxxing, bullying, no support from staff – everything that Twitter went through in the past year or so has just cemented the idea that no good can come from Twitter.

But it has a dedicated core user base, and big plans for the future.

Leaving all of that now doesn’t make a lot of sense.

3. Jack Dorsey didn’t want to come back to Twitter in the first place.

Dorsey was ousted from his role early on in Twitter’s rise, and he only came back after a few short years. From the looks of it, this is just par for the course for Dorsey. And it tracks with the beliefs that pushed him to make Twitter the first company that allowed its employees to work from home indefinitely.

What does it mean for marketers?

At this stage, it doesn’t mean anything for marketers.

Twitter isn’t a sound platform to advertise on. To talk on, and build brand love, it’s excellent – but you have to set your brand aside a little bit to do it.

And you have to make sure you don’t end up talking to yourself. Big corporations who own multiple brands are called out for this often.

As a platform, Twitter’s core users are only slightly less reactionary than Reddit’s for advertising. Jack Dorsey’s departure doesn’t really make a difference to that kind of attitude.

What does it mean for other social media platforms?

If it’s a direct dig at some of the other CEOs, it’s not going to convince them to step down (looking at you, Mark Zuckerberg). When all you have to show for your tenure is strife, and you still don’t want to relinquish control, a dig by another social media CEO isn’t going to get you to quit.

What it could do is open up a conversation about whether social media should be democratised from their owners, and if founders should have so much control over them. Think ‘Death of the Author’, but if it was social networks: a social media without the original founder, and therefore the original vision, and the differences it could make to how that social media runs.

When platforms get too big, and then they have too much power, to have that resting in the vision of a single person is risky.

And the step from ‘I know best’ to ‘do as I say’ is small, and slippery, and easy to miss.

However, most CEOs won’t take that step, even when it would be better for them to do so.

Dorsey’s left. His vision was what guided Twitter into becoming the place it is today.

But he hadn’t been invested in Twitter for a while.

Staying in his role when his interest in running Twitter has gone isn’t going to help anyone, least of all Twitter.

With Dorsey gone, Twitter has some room to grow.

Whether it does, or not, no longer has anything to do with Dorsey.

What we think will happen:

But one of their biggest challenges is to increase revenue and users.

And one of the best ways to do that is to add more brand tools to the platform that’ll allow brands to advertise more effectively. These tools have already been around for a little while, but Dorsey was famously ambivalent towards brands, and gave control of the big decisions over to employees.

With Parag, there is a chance that Twitter can become a better platform for brands to advertise on, but there’s a caveat: Twitter users are tired of brands talking the same way as they do about things they don’t understand.

So the challenges to increase Twitter’s reach might not go anywhere, even with Dorsey no longer there.

But we do think Twitter can grow from this.

But it can be a contender. And it can become very, very excellent for some brands who can communicate at the level of their consumers, and talk to them like real people.

Our advice: wait and see.

And don’t knock Twitter out of the advertising game yet.

There’s a lot more to it than memes. 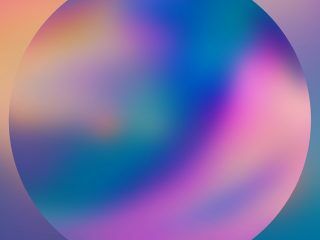 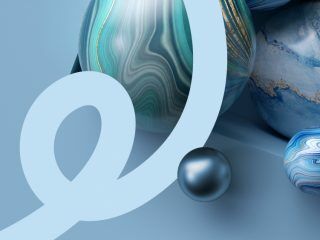