Log onto any website, blog or social media network and tell us: what is the first thing that catches your eye?
We’re willing to bet it’s an image.
Now ‘mind reading’ would be a really cool addition to the list of services we offer, but alas. We’ve simply taken a look at the stats:

It’s all about the eye-candy, baby, and it’s kind of a big deal in social media.

The unprecedented growth rate of image-focused social networks like Pinterest and Instagram confirmed that visual content was a force to be reckoned with in online marketing, and that images are the way to go if you want to make an impact.
Social network giants like Facebook and Twitter recently jumped on the bandwagon to roll out larger images on news feeds in an attempt to boost click-through rates and engagement, and it seems to be working a treat.

Don’t even think about ignoring the images altogether. You see, you’re asking for follows and likes, engagement from the community and maybe even real revenue through your posts, so it’s vital that you dedicate time to tweaking the way your profile looks to the viewer. When someone lands on your page, you have a total of 3 seconds to convince them to stay, and a good profile picture, cover photo and image-heavy material on your wall will do most of the convincing for you.
Just take a look at this image posted on Facebook by Bud Light Premium. There’s no need for a long caption – the image speaks for itself. One photo of a pack of beer on a warm autumn day generated more than 1,000 shares, 20,000 likes and over 500 comments. That image alone must have reached hundreds of thousands of viewers. Think about what it would have cost them to reach that many viewers with paid advertising, and compare it to what they probably spent designing the image for Facebook. We were never any good at math, but there seems to be a clear winner in this case. 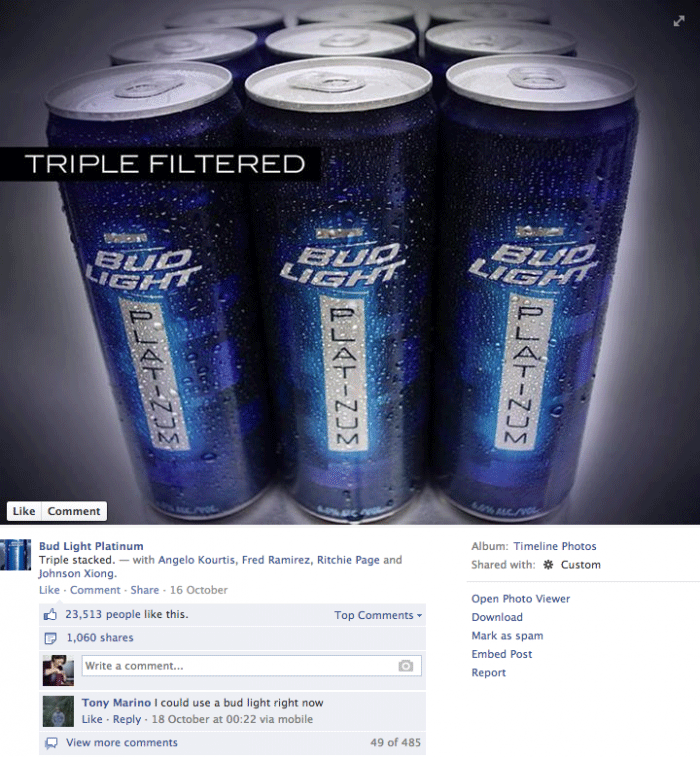 So images are definitely the way to go, but we already know what you’re thinking. The problem with uploading your photos to different social media sites is that the sizes and dimensions are never the same, which could lead to warping or cropping that’s less than ideal for your overall look.
We’ll be uploading a detailed infographic guide to image sizing in the near future, but in the meantime, we’ve got some good news for you: not every image on social networks needs to be designed to fit. Most of the images are automatically re-sized to look good, so that’s just one less thing you need to worry about. These include:

Profile pictures and cover photos provide no such luxury, however. Still, there’s no need to pull your hair out or, shock-horror, give up on cover photos altogether. Watch this space for that infographic we mentioned earlier – it’s still in the works, but you’ll want to bookmark it once it’s out.
Sources: ragan.com | bufferapp.com 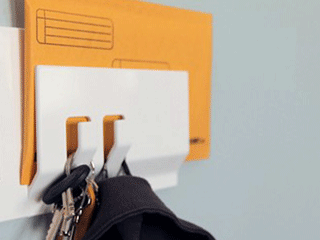 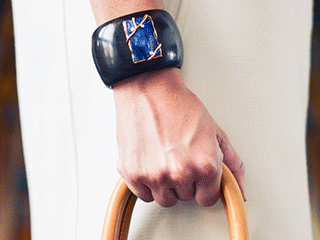