There are some things that are immutably true: Pantone colour codes are the best way to avoid colour deviation, the best kind of story is a hopeful one, and in every office there is at least one person who has over 4000 unread emails in their inbox.

After 2020, we can add another immutable truth to the list: when faced with a massive global pandemic, most people* will buckle down, get shit done, and help each other out.

It also, crucially, changed the people themselves. The post-2020 consumer has no connection with the consumers that marketers have been bending over backwards to please ever since the first advert was etched into papyrus.

Snapshots from the pandemic

When borders closed and countries locked down, a lot of people found themselves at home, if they were lucky, and in quarantine if they weren’t. The normal 40 hour work week shrank down to one long stretch of time after another, and without anything else to keep them occupied, those people who would normally have gone out to restaurants, or watched a movie, or worked an extra hour later at work found themselves online. Internet usage increased by 7% month on month in 2020, and social media platforms took the brunt of all that internet traffic.

Worldwide, people were having conversations.

So what were they talking about?

Their day in lockdown. Sharing tips on getting through quarantine. People who could make art took to creating it, publishing free zines and artbooks, spreading a little joy through Tiktok dances. Zoom was full of people having family-wide internet chats.

When lockdown was too much, everyone flocked to the internet for a break.

Strangers helped other strangers through their grief. Fundraisers for medicine, rent, and myriad other expenses were met in record time. People cared – about other people, about themselves, and about getting everyone in their community through this safely.

A global pandemic puts things into perspective: probably, you don’t need that new pair of shoes to make your life better. You definitely should reconsider the latest phone. And do you really need to buy around 100EUR worth of skincare products when your job’s hanging in the balance by a thread?

There were people who decided that they needed to shop. They needed that pleasure of receiving something in the mail, something normal in a year that was otherwise not.

On the most part, though, people decided, “no, not really”, and the conversations brands were having with consumers dried up overnight.

Typically, times of crises lead to more shopping, not less. In other words, as the going gets tougher and tougher, the wallet gets lighter and lighter.

However, this wasn’t just a crisis, it was a wholesale mental shift. The fact that people couldn’t go out to eat or travel to distant places to escape the current situation impressed upon many that this wasn’t a drill, keep your hands and your loved ones inside the house at all times, and don’t venture out before it’s safe. Do not pass GO, do not collect £200.

Brands, and especially big corporations, didn’t realise this. Why would they? This wasn’t anything different from a housing crisis or an economic downturn, and they’d survived those crises with only the tiniest adjustments to their profit margins. While the history of some big corporations is long, memory is short.

They forget what it’s like to be a consumer.

They can’t relate to the struggle to put food on the table before buying a product.

They don’t know how to talk to a consumer undergoing an astronomical shift in their entire existence. For corporations, there are only two facets to any reality: people buy things, or people don’t buy things.

With COVID-19, people weren’t buying things. They were listening to the conversations that brands were putting out, but as the death toll rose higher and higher, those conversations became more of an echo chamber, brands rebounding off of brands and silence.

That would have been survivable, if unpleasant.

While brands were off still having the same conversations ad infinitum, consumers were watching what else they were doing: who was paying their workers fairly, who was giving them time off to be with their loved ones, who’d increased wages, who hadn’t, who donated to the community and who didn’t care about anything but sell, sell, sell.

When the dust had eased on COVID-19 and the immediate crisis passed, the conversations that began to reverberate revolved around help. Who’d helped? Who hadn’t?

Brands who’d helped – actually helped, not said they would, and did nothing about it – didn’t need to do a single shred of marketing or start any more conversations. Essentially, even brands that simply acted as they would have and didn’t resort to leveraging a dire situation in their favour emerged as winners. The consumers did it themselves, going to social media to tell everyone else, and spread the word farther.

Brands who didn’t help got the same treatment.

Obviously, it’s easy to say which is better.

Care and Feeding of the New Consumer

This was going to happen sooner or later.

Historically, big brands could get away with being less than responsible by the snail-pace crawl of information. Something that happened wouldn’t become public knowledge for years and years after. That’s why the McDonalds’ ‘hot coffee’ lawsuit is known as an example of Darwinism instead of ‘look at this company who served their coffee so hot to save money that the woman who sustained multiple life-threatening third degree burns’.

This is what brands are used to – information travelling slowly enough that it can be buried, without affecting the conversation about their products.

People have been becoming aware of the darker side of brands slowly.

As the generations shift forward, each consumer that comes is a kinder, more compassionate version of the one before; each consumer is more difficult to get through to when your actions don’t reflect your attitude.

COVID-19 didn’t create the new consumer out of thin air. It just sped up the process into days instead of years.

How do you market to the new consumer?

It’s not a question of marketing.

Having the right conversations at the right time is important. Talking about your products and your company remains crucial for getting the word out about who you are.

But it’s what you do that’s going to make the difference.

The new consumer isn’t going to retweet, repost, or praise your brand just for existing. The new consumer doesn’t care if you have the cheapest prices or one-day delivery or if you can offer something new. There will always be another retailer who can offer the same thing, undercut their own prices, and one-up you.

What matters is what you do.

What the new consumer wants to know is this: if the worst happens, if the community needed help, would you help?

The answers don’t need marketing. They just need to happen.

Bacardi teamed up with Olein Refiner to provide the raw materials to increase hand sanitizer production and saw a 3410% increase in conversations.

Dyson created a brand-new production line to build around 5,000 much-needed ventilators for use in hospitals in the United Kingdom saw a 2626% increase in conversations about Dyson.

Nintendo listened to fans and released their much-anticipated Animal Crossing: New Horizons game early and saw an 8,136% increase in conversation.

None of these brands are strangers to controversy.

They still stepped up to help, and they saw the benefits: increased conversation, which means increased awareness, which means more people likely to engage with the brand.

The takeaway is this: people are kinder, less tolerant, and ready to fight for what they believe in. Lecturing them doesn’t work. Pandering isn’t a solution anymore.

Get ready to talk.

And get ready to mean what you say.

* There are people who won’t, but for every anti-masker and big corporation forcing their people back to work in garbage bags, there are a dozen others who realise that the only way to survive is together. 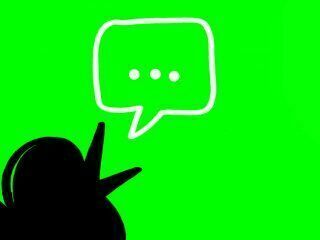 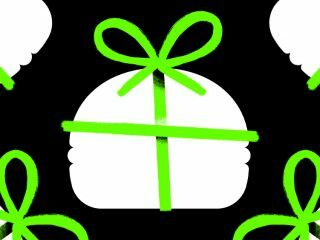