It takes a lot to take us by surprise.

Part of working in a field where stories supersede everything else makes you pretty bullshit-proof. Instagram filters colour everything one way, Tweets make everything seem another, and it’s always up for grabs whether that video making the rounds actually happened as it happened, or whether someone else was off-camera, guiding the shots for maximum marketing potential.

Everything is a story that can be told better. The only things that you can’t tailspin into a better story are embarrassing social media updates.

There’s a particular brand of fear you develop when you work in marketing.

Similar to sending a text message bitching about your coworker to your coworker instead of your partner, the accidental copy-paste fear syndrome only hits you after a mistake has already been made. Your client sends you an email with a specific message to include on their latest social media update, you copy what you believe is the message, but you accidentally post something completely unrelated or that needs adjustment. Most marketing firms have failsafes to prevent a bad post from becoming public*, but mistakes happen.

The beauty of the Ottawa Health Tweet is that it could happen to anyone, especially during a high-pressure holiday when those failsafes and methods are stretched thin enough as it is. The pursuit of staying relevant when all channels are subsumed by an event sometimes means you have to react to things in lightning-speed to prevent yourself from getting buried in the conversational chaff.

Such as this one:

When this tweet went live, marketers worldwide got a hefty dose of the accidental copy-paste panic.

It’s not the best way to make people aware of your brand. At most, it makes you look lazy, like you don’t double-check what goes out. At best, people laugh – or, considering that 2021 is the year of the kinder consumer, they support your mistake, and the person who made it.

Ottawa Health’s Twitter comments were full of support for Brian, ranging from ‘Bruce deserves a raise’ to ‘we are all Bruce from time to time’. It also went semi-viral, impressive considering that it was one tweet in a thousand during the Superbowl, one of the most tweeted-about topics of the day.

And it was completely faked.

A Lesson in Viral Marketing

Once the tweet made its tracks, Ottawa Public Health came back with a follow-up: don’t believe everything you read online. The tweet, and Bruce, were faked for an important reason.

Obviously, it has to do with COVID. At least 64% of UK respondents encountered misleading information about COVID-19 at least once a day. For a figure closer to the Tweet’s home, 1 in every 10 Canadians believe in a COVID-19 conspiracy theory.

Misinformation is a problematic element to deal with. In a pandemic, it becomes a matter of life and death.

Ottawa Public Health created their fake tweet as a way of drawing attention to how easy it is to create something that seems real. Add in a believable narrative – human error – and a sympathetic narrator – Bruce – and people will believe it.

Why not just say misinformation is bad?

People don’t believe in facts, given plainly. They want to see proof. ‘Pics or it didn’t happen’ still counts for a lot on the internet.

Ottawa Health pivoted their narrative about human error into a story about fake news. By breaking down each element of what made their post unbelievable, people could then look at it again and see all the gaps in the story and the things that didn’t make sense. Next time they see a similar post, they’ll remember the Ottawa Health tweet, and think a little more critically.

As a marketing ploy, it’s intelligent, and it works. It’s a way to keep people reading, and a way of getting them to click on a link that gives them more information. 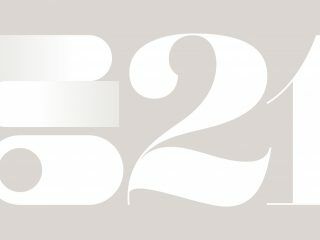 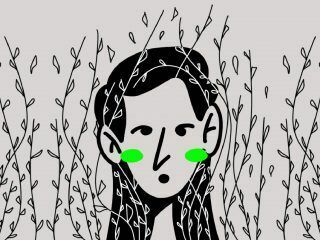