When learning strategy during a formal setting, I was told that it was impossible to overstate the importance of long-arc strategies, even when short-term tactics might appear to be working independently of the overarching strategic theme. This was taught by a man who had, for almost two decades, dictated the strategy of one of the largest corporations in the US and the single biggest of its kind around the world.

He shamelessly cited the momentum of the corporation, its ability to to move in the same direction even when beset by challenges or unexpected market forces, because the sheer volume of trade wouldn’t be impacted by sporadic issues.

Looking back, one sees that he worked for what is possibly the least innovative company on earth. It did, step by step, months and often years after the competition, adapt to new realities. And as it did, it remained afloat. There’s a lesson there. If you’re such a giant, you can get by with doing the least possible, relying on a mind-bogglingly large client base to pay for your sluggish behaviour.

Then there’s the rest of us. While Mike Tyson isn’t known for his business strategy, he taught us a valuable lesson when saying that “Everybody has a plan until they get punched in the mouth.”

When wisdom comes from a boxer, you expect it to be direct and visceral. But consider his words for what they really mean. Our strategy is a longer term and broader reaching sequence of events than a boxer’s plan. We hope to go on for longer than a handful of rounds. But it can also be derailed by a sudden and unexpected turn of events. Which we have all had to contend with to a certain degree when a pandemic comes knocking on our door.

For better or worse we’ve all adjusted our strategies. We’ve hunkered down, assessed our costs, reevaluated our resources, sought new client bases… We have also pivoted entire businesses, reassessed our brand’s purpose, figured out new ways to reach our audiences…. But have we really, fundamentally, worked on our strategy?

It seems to me that we have changed plenty of tactics. In military terms, we have picked our battles and sought to fight them on familiar ground. But is it possible to win plenty of battles and still lose the war? Let’s look at WWII and find out:

When the sovereignty of Poland was under threat by Nazi Germany, Britain raised an admonishing finger. They said, in no uncertain terms, that invading Poland would be tantamount to a declaration of war. We all know what happened.

Years of bloody battles ensued, at tremendous human and capital cost until that fateful day when the Nazi flag was torn down from the Reichstag in Berlin.

With war finally over, Britain effectively handed over Poland to Russia to say thank you for their contribution that helped win the war.

Did Britain actually win the war if the first thing they did was hand over the very reason they started to fight in the first place? Is it possible to have a strategy that has a very defined goal at the outset and to lose sight of it once the going gets tough and does so repeatedly?

We have had wave after wave of blows and of hope. At the end of 2020 we were mostly acting like the turn of the New Year would somehow let the virus know that it had overstayed its welcome. We have had news of a vaccine followed by news of more virulent and deadly strains. We have had countries that had to double down on second and third lockdowns. What happens to our strategy when it takes more than one punch in the face?

The first thing to do is to step back from the noise, to view the bigger picture with the clarity that is afforded by standing away from the flames for a brief moment. There is a bitter irony to this. How can I help save my business that has little fires everywhere if I’m not running around with buckets of water, putting them all out?

It does help to step back though. When we’re busy fighting the small battles, we lose sight of the bigger picture, and the bigger picture is the company’s core purpose. Why did we set out to do all this in the first place? This helps us get back to the room and know which fires to prioritize and, in some cases, which to completely ignore. After all, prioritizing helps with the crucial endeavour of focusing our resources where they really need to be deployed.

While we’re a step back, it pays to see the business with the eyes of an outsider. Find an outsider you can trust and engage in honest and open dialogue with them. Chances are that this could be painful. It hurts when you’re asked why you do something the way you do it and find out that your only answer is, “because we’ve always done it that way.” Only repeat what you’ve been doing if you can find fresh justification to do so.

Base your updated strategy on agility and, if possible, on building a war chest in parallel. Acting like this pandemic will be over and then the sun will shine and there will be no more problems ever again is just nonsensical. The statistical probability of another pandemic next week is exactly the same as the start of this one was. And pandemics are not the only potential disruptors to global or local business. Your next strategy must be built on agile foundations, with steps in place to make sure you bend rather than snap when the next blow is dealt.

In the meantime, it is wise to think of a post-war economy. This sees a certain amount of jubilant and irrational spend but it also sees the entrenchment of a more thrifty mindset. Applying this to your strategy will help you build something of a warchest, squirreling away some funds to help with the next unexpected move.

Once you’ve updated your core strategy, leave it there for a while. Then revisit it after a week or so. There is a possibility that you will see it as familiar but that it will appear flat or slightly superficial. This is the point of revisiting. The best strategies are several layers deep. While laying out the foundations for business growth, for agility, for sustainable growth in brand value, and for long-arc product lifecycles, we do not always look around us at our environment and craft strategies to account for all possible avenues.

Is there a possibility that part of your strategy is designed purely to force your main competitors to overspend on marketing, depleting their resources? Could your strategy involve placing regulatory pressure that will eventually swing such a crucial aspect of the external environment your way? Have you considered that your most precious resource is human capital and how you could wind up employing all of the most valuable minds in your industry, gaining unshakeable advantage?

So revisit your strategy with a significantly broader perspective the second time around. Add depth and retain the elements that keep you nimble and unwavering. And when you’re done, summarize it. Reduce your strategy to the point where you can explain it to your mum in a lift ride. This could be the hardest step but it is crucial. Because once you’ve done that, it means more to you than anything and it is now in a format that can be communicated to everyone on the team. With everyone on the team working to the same strategy, it is going to be tough for anyone, or anything, to knock you off your course for longer than you can handle. 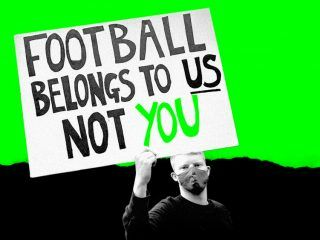 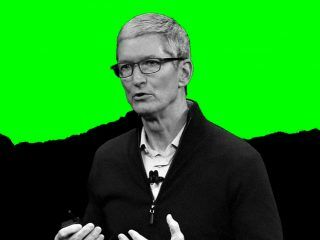