Apple has always excelled at controlling their own narrative.

From second-place-PC to ‘broke’ memes to semi-relatable work from home advertising, Apple’s nudge-nudge-wink-wink referencing doesn’t really hide, or try to hide, the fact that they’re controlling each step of the story we’re inventing about them. Whether it’s to announce a new product – and sending the internet wild with rumours – or updating their iOS with security features that alarm developers, it’s Apple’s world, and we’re all just living in it.

It doesn’t stop them from making missteps. But those missteps are, largely, swept underneath the rug, forgotten about entirely, or later spun into something better.

With Apple’s latest tracking measures, it’s too soon to tell which of these options is going to win out over the rest. Our early prediction is that it’ll be spun into something better.

iOS 14.5, which changes the advertising game for personalised recommendations and measurements on iOS devices, has brought with it a whole heap of articles talking about Apple’s new ATT transparency.

Whatever iOS 14.5 does, the fact that everyone’s talking about it, and about Apple, is noteworthy. This isn’t the first time an Apple event or update has spread like wildfire over the internet, bringing everyone from the fringe edges in to give their opinion; in fact, it follows on from a long history of advertising-through-rumour that seems to be working pretty well for Apple.

Here’s how this story developed.

At its annual June Worldwide Developers Conference, Apple announced that iOS 14 would bring about a change in the way that developers treated privacy: specifically, every developer who wanted to use Apple’s App Store needed to self-report their privacy info and summarise their privacy practices in the App Store.

This was a feature Apple had already used – in the form of the Intelligent Tracking Prevention, for Safari – but the App Store had, until a year ago, remained unaffected by privacy concerns.

Critics of Apple called them hypocritical for it.

Apple responded late, but they responded with what their critics wanted. Would it affect developers who relied on ads? A little – but the story had shifted away from Apple for a little while, making Apple the people’s friend again.

This is a pattern that Apple does and does well.

In 2018, Apple introduced the SKAdNetwork, an API for 11.3 that allowed ad networks to directly attribute installs from the app store, further protecting their consumers. By giving them impressions through iTunes, Apple doesn’t need to share a personal IDFA.

It did in 2020, after the Worldwide Developers’ Conference.

Was it planned this way? Apple has always been notoriously consumer-friendly, championing privacy at every moment. It’s conceivable that Apple planned it this way since 2018, slowly changing their own reputation from ‘another’ tech company relying on user data to the only tech company that protected user data.

And in the day and age when privacy is worth its weight in bitcoin, being on the side of the people is a powerful narrative.

Tim Cook said, at the beginning of 2021, “if we accept as normal and unavoidable that everything in our lives can be aggregated and sold, we lose so much more than data; we lose the freedom to be human.”

It’s powerful coming from anyone involved in the tech industry.

Coming from Tim Cook, the CEO of one of the biggest tech companies, it’s world-shattering.

At this point, developers are still struggling with SKAdNetwork and with the new privacy changes. Furthermore, it’s becoming evident that Apple’s own ad network gets more functionality out of the buggy SKAdNetwork than advertisers normally do. Two of the parameters needed are only found in Apple’s Ads Attribution API, and are responsible for optimisation.

In the SKAdNetwork, those parameters are absent.

Rumours, of course, were plenty.

In April 2021, further continuing the story, Apple began to reject app updates that conflict with the App Tracking Transparency Framework. A good move for consumers, as it enables them to protect their own privacy, at the cost of third-party developers.

At the same time, Apple is planning on expanding its own advertising business.

Apple is exempt from its own network.

None of this is evident immediately unless you follow the story down to the root.

And that is the beauty of the Apple narrative control: to hold a story right down to the punctuation marks without ever ceding more than you planned. When information is currency and spreads around the world the second a company does something self-serving, it’s amazing that Apple seems to be above it.

Every company in the world would control their own story if they could.

The problem is the internet doesn’t let you.

And the internet is forever.

Companies that make mistakes are criticised all over the internet. People write blogs about what XYZ brand did to incite ire in the vox popoli of Twitter. Entire Facebook pages are dedicated to shitty customer service.

Apple is above it all, somehow, while also being entrenched in it all.

Whether you’re a fan of Apple or dislike them implicitly, their mastery of story is unparalleled. By creating an advertising style based strictly around rumours and a lack of information given, not only can Apple handwave its less successful decisions as a mere rumour, but stories where they’re clearly in the wrong take digging to uncover.

And it won’t affect their bottom line.

Nobody is boycotting Apple based on iOS14.5.

Nobody is boycotting Apple at all. In the year when most companies saw an economic downturn, Apple’s Q2 2021 earnings showed a 54% year-on-year revenue increase.

Much of it is down to their storytelling.

We can’t tell you how to write a story that’s going to resonate with every individual member of your audience.

Nobody can tell you how to write that story.

What we can do is help you write a better story.

Here are our top three tips for writing a better story:

On Apple and Storytelling

Our head of brand likes to say that humans are just storytelling monkeys. All we want to do is sit around a fire and keep each other entertained.

Whether Apple is the villain in your story or the hero or a bit player or waiting in the wings, the pandemic and post-pandemic era has highlighted Apple’s true marketable product: its ability to tell a story, and somehow have Apple involved.

And just like a campfire tale gets passed around from person to person, changing details but leaving the core of it untouched, we all follow Apple’s example, and we tell our own stories.

With Apple involved, of course. 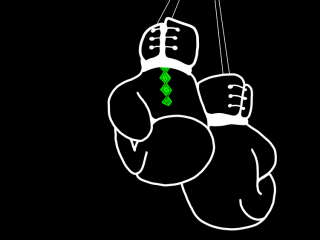 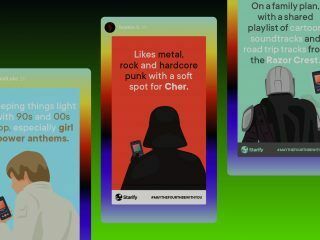