It is hard to emphasise how important a brand’s communication efforts have become. Every word spoken by the brand is now under the scrutiny of a savvy audience – and this applies to every touchpoint.
This has not always been the case. There is a thought revolution going on, and you have the choice of whether you want to be part of it or not. If you don’t play along you’re going to be left behind. There is no place for dead weight in the revolution. No place for “traditional marketing”. No place for “this is how we always did it”. In the words of Gil Scott-Heron, the revolution will not be televised. It will happen in our minds.

“The first revolution is when you change your mind about how you look at things and see there might be another way to look at it that you have not been shown. What you see later on is the results of that, but that revolution, that change that takes place will not be televised.”

Humanity has always had a strange relationship with authority. We feel like there needs to be some of it to be able to look up to something that’s somehow larger than ourselves, but when this becomes too powerful we tend to rise up against it.
The role of royalty was taken over by politicians when people stopped trusting royalty. It was meant to be the better option. This, in time, failed too, and the fourth estate (mass media) took the mantle from politicians. Now we’ve lost faith in the media and have resorted to ourselves and our peers for information.
Social media (and the internet in general, to a certain point) has made humans, and, by natural extension, brands, the last frontier of trust. If we can’t trust media anymore, we have to rely on the people and brands who are producing and curating content.
I can never support Donald Trump, but I think his win was symptomatic of a new breed of people who seem to distrust everything the established powerhouses of media were telling them and voted based on the rhetoric that came out of individuals (and smaller media organisations) whose content went viral.

So how do we choose who to trust? We choose by looking at the ones around us who are consistent, the ones who have values they believe in that we can align with. The brands we trust are completely honest and human ones, the ones that live and breathe their values.
In order to see a brand’s values, we need to see how they think. To see how they think we need to see their unfiltered content.
This is why the only way forward for brands is to go down a route that’s very different to what they’ve been doing for decades.
This is time for brands to join the publishing revolution.

The revolution for brands…

There was a time when you’d spend big bucks creating an advert then you’d use it over and over again to push the same message to everyone who’d be stuck in front of a medium you had very little control over. You’d then spend about 10 times that on “airtime”. This ratio seemed to make sense at that point, and, to be fair, it did.
TV stations had to create quality content to keep their viewership high. This meant paying exorbitant amounts of money on programming, and that had to be shared amongst the advertisers buying those 30-second slots. That money bought you credibility (borrowed from the station) and increased the value of your brand by association (with the station).
If you want to be successful nowadays, you need to take the responsibility of being a publisher yourself. As a publisher, you need to have clear aims in mind that originate from your business goals.
We’ve seen this repeatedly with a few of our more forward-looking clients. The minute they accept that they are now publishers and should be investing in high-quality content to go on their social media channels, they’ve seen their return on investment from marketing shoot up.
Some of our clients are now working on a ratio that’s practically the opposite – they spend 90% of their budget on regular high-quality productions and 10% on promoting it online. This has put them in a position where their content is arriving at their audiences through the strongest medium possible – personal recommendations.
They’re also investing in something that will do them long-term good. They’re investing in media on platforms that they own.
Their content is being evangelised by their audience, the cost of reaching a much wider audience is falling dramatically and, more importantly, their audience is trusting them directly now. They’re showing them that they care about them and they’re really just one of them.
The revolution is happening. Will you join the revolution or stand aside and let your competitors shape it? Let’s talk.

This article appeared first in Issue 42 of Money magazine, with the postscript below:

“So what about magazines such as the one you’re holding in your hand? Where do these fit in? Magazines are like specialised programming. There’s still room for them because they can bring you in front of an audience that’s interested in a subject you have something to say about. You’re reading this article after all.” 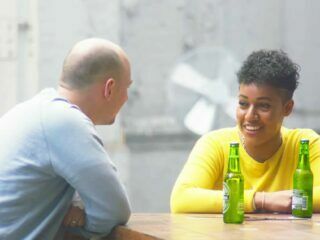 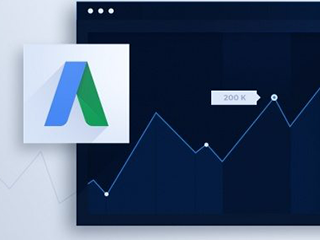