You’ve seen Russian propaganda before, and the chances are that you believed it then.

That’s not entirely on you.

The Russian propaganda machine is insidious.  It’s well-tuned. It’s been notably active since the 60s.

And it can spread a false story so fast that the truth won’t even have time to get out of the starting gate.

Here’s how you can make sure that what you share online is what you should be sharing.

Russian trolls are online for 12 hours a day and work in shifts to ensure that the stream of misinformation is constant, pervasive, and impossible to ignore. On social media, it’s even more difficult to determine the veracity of what’s being said because it’s written by people in a way that’s very human; in a way that’s believable.

Stopping the spread of Kremlin disinformation

You’re on social media all the time now; as an escape from reality, because you just ‘check in’ for a quick minute in between tasks, or because you’re really worried about what’s going on and want to get the unverified truth.

You see something that a friend reposted. You trust this friend, and there’s no need to double-check what he’s written; he wouldn’t post something that isn’t real.

So you repost it.

Staying safe online is more than just making sure that who you’re following is who they say they are. The Kremlin is trying to control and justify this war through social media: claiming that Ukraine is bombing their own city, claiming that Russia hasn’t actually attacked civilians, claiming that this is a war to protect Russian interests.

The story is far clearer than that.

Twitter, Facebook, Instagram: everyone’s on one of them, and the news on those social medias travel fast. Make sure that what you’re sharing comes from people who are exactly who they say they are: government officials, consulates, journalists – people who can’t hide who they are.

Here’s a few to start with:

2. Spread Zelenskyy’s words and videos as far as you can.

Zelenskyy wants the world to know what Ukraine is dealing with – and to reach out to the Russian population, to appeal to their sense of honour, to ask them to fight against their dictatorship. He wants to be visible in this war, leading his men.

Keep him in the spotlight. It’s harder for Zelenskyy to disappear, and for the Kremlin to control the narrative, if what he says is amplified across the internet, the way that it’s happening now.

It needs to keep happening.

Russian trolls thrive off of fear. If you’re seeing a lot of news about World War III and nuclear attacks, it’s likely that you’re watching a troll in action, or at least seeing what the building hysteria on social media looks like.

Half of what’s being said is false. The tiny kernels of truth there can be found on official sources – so take what you see online with a pinch of salt. Don’t give into your fear. Disinformation is a war tactic, not a game; it’s an effective one.

This is why we mention the official sources. Look to those. Social media accounts that are new, or relatively new, with gibberish usernames, with the same sort of misspellings: ignore those. They’re not telling you the truth.

4. Talk to your Russian friends.

Over 13,000 people have been arrested for protesting the war. The Kremlin is in the process of cutting off Russia from the world.

Get the word to your friends in Russia. Let them know what’s going on. Twitter, Facebook, and Instagram might be down, but there are other ways to connect with your friends if they are living in Russia at this moment, so use those methods and get in touch.

You want to help, and it’s commendable.

But don’t donate to people on social media through Paypal, Venmo, Gofundme, or various crypto currencies. Donate to official causes – you can see our list here. The money will get to where it’s going quicker, and safer, and you know what it’s being used for.

That is a fake.

Video is exceptionally easy to fake, but deepfakes can be spotted if you study the video critically. Look for filters. See if the people involved are actually moving – see how, in that video, only the head is moving? Look for the way light hits: does it move the way light moves?

If you have a doubt about the video, ignore it. Don’t reblog. Don’t let it get further.

This is a situation amplified and echoed three times over through social media. Believing the right thing is crucial, and spreading the right message can make a difference in what’s being said online – and what people believe.

All the social media platforms you’re using have implemented some checks to ensure that they mark Russian state-run media out, but those messages are still on the platform, and they’re designed to be believable.

Run your checks. Look at sources on the ground. Decide which side you want to believe in.

What you do on social media now matters. 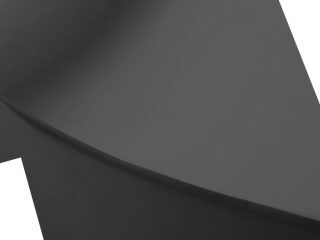 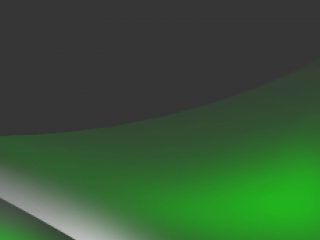