Our last few blog posts have been a little dismal.
Look, there’s no way around saying that there’s a huge proponent of the internet that could be razed from the face of the earth and everyone would be better off for it. The droves of think-pieces written about the evils of social media do have a nanobyte of a point to them. However, the existence of an interconnected series of web-pages that project to-the-second updated information worldwide isn’t just beneficial, it is probably the best and greatest act that any human has ever done.
Forget the Facebook rants and the social media justice warriors and the security problems that crop up when corporations decide they need to know everything about their customers right down to the size of underwear they wear. Definitely forget about the arguments about authenticity, and the worries about whether or not the family is becoming disconnected. Forget about everything that is wrong with the internet, and focus on this:
On Monday, Notre Dame burned.

It took seven firetrucks and 400 firefighters the better part of the night and of today to put out the flames. One of the spires collapsed on itself. Onlookers and witnesses were there when ash and debris began raining from the sky.
People mourned.
Humans have an immensely underrated ability to bond with and love just about anything. Notre Dame is an 850-year-old cathedral that does draw 13 million visitors a year, but more or less serves as a stopping point on a tour of Paris. It is a single afternoon spent looking at the stained glass and the artworks. Boil it down to fundamentals, and Notre Dame is only a building, and buildings can be rebuilt, as has been planned with Notre Dame.
But people worldwide mourned the falling spire. People sang hymns to a building, in the cold and in the choking air, looking at a cathedral that has hosted thousands of worshipers. When needed, the worshipers went to it.

It is incredibly humbling to watch this and think that perhaps, the world we live in isn’t so bad.
News sites ran 24/7 updates on the Notre Dame fire, updating with videos and pictures sent in by users on social media. Twitter users photographed the fire from different angles, the spire falling, the crowds singing. People crowdfunded. People donated.
Eyewitness reports poured in by the droves: I was out walking and saw the smoke, I was out walking and heard the sirens, we watched the fire take the spire. People wrote in and connected and made sure everyone knew, everyone heard, and for a single solitary moment, the whole world watched Paris burn and mourned.

It’s going to be alright.

Notre Dame will be rebuilt.
Nobody was hurt in the blaze even though they flocked to the cathedral to be there, to watch, to mourn.
Firefighters saved the artwork.
It can be easy, sometimes, to demonize social media for what it does and what it brings. It can be easy to think of it as just a fad and a hobby, and a way for people with nothing better to do. Sometimes it is all those things.
Other times, it’s people from all over the world communicating in real time and keeping each other informed. It’s people pledging money to rebuild history. It’s people singing in the face of tragedy and loss, standing in blistering conditions and in the heart of the smoke to be there, because someone needs to be, and so why not them?
Ultimately, what the internet is is a way of communicating. And in times like these, we do what humans do best: talk loud, talk fast, and talk to everyone.
P.S. If you want to follow live updates, CNN and the Guardian are both running up-to-the-minute updates! 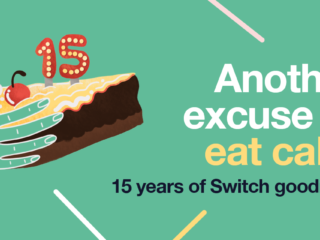 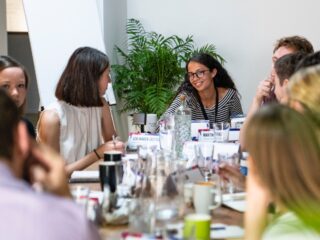 Next Post (n) On Attention to Detail and Absolut: Astrid's Favourite Project