Your brand is too small to have an innovation that matters. Your brand is so large and established that it can’t risk innovating. Your restaurant serves pizza, pasta, and grill, and your diners will feel lost if you innovate.

Innovation isn’t easy. What’s much easier is finding an excuse to leave it until another time. And in many cases, that other time is when it is too late. When it’s too late to innovate we end up with one of a handful of outcomes:

There’s a myth around despair and innovation – the one that says that the best ideas are born out of despair. In some cases it does but in most cases it doesn’t. Then there is the truth that the market shares with us every day – when innovation is strategic and born out of predictable patterns in consumer behaviour, that innovation usually succeeds.

Of course, not all market behaviours form predictable patterns that can make the next innovation patently obvious. If this were the case, innovation wouldn’t be exciting or profitable. But take a look at ideas like the car and air travel within the context of when they happened and we can see that humanity was on the cusp of this need, even if it hadn’t yet conceptualised a future that included the new tools, nor had we acquired the language to articulate it.

Amazon’s Kindle isn’t a thrilling, adrenaline-inducing, superbowl-ad toting product but it did bring innovation to reading that hadn’t happened since the first ‘talking book’ was committed to vinyl. Dyson’s blade-less fans, the little Jarkey that helps open vacuum-sealed jars in the kitchen, the TCP/IP stack, Sir Issigonis’s Austin Mini, and the zero gravity toilet are all examples of innovations that solved real-world (or off-planet) problems, with varying degrees of fanfare but reaching the lives of practically everyone who could benefit from them.

When accompanied by storytelling magic, that innovation remains seared in our memory, often decades after the product itself has morphed into so many iterations that the OG is now nothing more than a museum piece.

Think of Apple and the iPod (1000 songs in your pocket), Nike and its Air sole (It was either cushion the entire planet or just your feet), Toms (We’re in business to improve lives), and whichever truly new product happened to be relevant to you such that you recall its launch decades after it happened.

In reality you can afford to do any two of these well and remain in business for a good, long while. There is an objective ugliness to Birkenstocks, for instance, but they have the product and they have the story so the look is one we’re prepared to, well, overlook or pretend to embrace. Most luxury tech tends to win on look and story, so even if the product does not represent bleeding edge innovation, it scores well with its audiences for doing two out of three really well.

Let’s simplify your market for a moment. Let’s say you have a competitor that wins on look and another that wins on story. No matter how great your product is, if you’re doing nothing to innovate on at least one of these fronts you are, in reality, sliding backwards. There is no real standstill. You’re forging ahead or slipping behind.

But Marmite, you might exclaim. Guinness. Coca-Cola. What about the products that are a century old and never change. Well, the product doesn’t change but the way the story is told does. Kinnie hasn’t changed since 1952 and we love it for its heritage. When we started our journey with Kinnie we wouldn’t dream of suggesting a change in product but we did have a situation on our hands where the average age of the audience was as old as the product itself. The story of the product remained the same but the way we told it had to change and it had to do so consistently and over a long time to attract younger adults. The product was there, the look was there, we needed to reinvent the story.

Innovation might sound elusive, mainly because we don’t know it until we see it. And even when we see it, we might doubt its potential for success. When Bell invented the telephone he could easily have left it running around on a workbench because he had no one else to call until he made at least a second phone. And even then, he must have known it would take several decades for the critical mass it sometimes takes for an innovation to penetrate the hearts and minds of a paying public.

Luckily, we have a ton of tools at our disposal and an ever-shrinking planet within reach. We have the ability to test our innovation with small, ring-fenced audiences. We can listen to the market with objectivity and take the time to tweak and optimise. We can test every aspect of the innovation chain, from story to product to channel. Or we can be brave enough to believe strongly in what we’re up to and just present an unsuspecting market with it.

Unfortunately, innovation has many enemies. I once worked for an organisation that refused proposed innovation on the grounds that, “we haven’t done this before.” It might sound like a joke but inertia is one of the chief innovation killers. The organisation would have benefited from a Chief Officer of Innovation more than it was making good use of its finance people. And they are not alone. Familiarity, stasis, fear of the unknown, routine, and habit are there to pour a truckload of cement onto your novel ideas.

There are more insidious enemies. One of them is success. If we have a successful set of products, why should we innovate? The other is accountability or ownership. Every change carries risk and we often encounter fear of owning the novelty.

Here’s a typical pathway for heinous crimes against innovation. This one is called ‘Murder on the Boredom Express’.

A good idea is presented by a young and keen mind within a large organization. This bright mind was employed with the intent of having their dynamism influence an ageing mindset. They were told, during their first week, that they should present new ideas that would be relevant to a younger audience and to help tap into spend that was going elsewhere. Brilliant premise, delicious murder-story setup.

They think and they research and they team up with other sources of inspiration. Eventually, after analysing a hundred decent ideas and shelving 99 of them, they present the one good idea. This idea is presented one step up the corporate marble staircase. It is received as a good idea but, they are told, the decision needs to be pushed further. As the idea is pushed upwards, it is met with skepticism and fear and beady-eyed resentment for novelty.

No one wants to adopt the idea, no one wants to kill the idea, and everyone wants to have a go at it. So, step by step, the idea is modified by everyone who is meant to approve of it, stripping the greatness from it and slowly slaying it by a thousand damp lashes of corporate insipidness.

There is no inquiry. There is no investigation. The murder of the good idea is simply swept under the carpet and possibly blame is passed onto the young genius who dared propose that a successful organisation should change anything. How dare they? They’re just kids out of school. They are not privy to the bigger picture. They haven’t experienced the three decades of political jostling that one needs prior to be entrusted with a decision of this importance. Ever thus to deadbeat ideas, sighs the boardroom in unison, as they move to approve the quarterly accounts.

Then there are organisations that have engineered their product core to be driven by innovation. The ones that have had the foresight to structure their product cycles around listening to the market, analysing trends, working with young innovators, and funneling resources into multiple innovations – these are the ones that know that some ideas will be rubbish but that it takes many bad ideas to allow one brilliant one to shine through. Autodesk comes to mind, with their academy that is designed around permanent innovation. Vitra have for decades kept a keen eye on the way we live and work to develop products that are relevant to our times.

But one does not need the might and the muscle that large organisations like these have. There are relatively tiny outfits that thrive on constant innovation cycles. Often it takes one instigator and teaming up with the right partners to achieve simple innovation that can change lives for the better.

Ultimately, innovation is a mindset. It takes the will to venture into the unknown, to be comfortable with the uncomfortable, to have the patience and the staying power to follow an idea through, and the ability to listen to what might initially sound like nonsense. We need to have the power to ask the right questions, to ask what the real-world benefit is (we don’t want innovation for the sake of it), and to create an environment that allows people to have many, many bad ideas. An innovative environment is encouraging and forgiving. It resources plenty of ideas.

The innovative environment is rewarding. The brands you admire are innovative. We all want our brand to grow into Apple, Nike, or Tesla or even AirBNB, Uber, and Headspace. We admire their ability to deliver on innovation and we envy their massive return on innovation.

So, next time you think of ROI, think of it as return on innovation. Don’t question your brand’s ability to innovate, question the mindset of your company. If you feel it could do with a change in mindset, do something about it. You don’t want to be the one who could have instigated change but grew into a corporate dinosaur while you weren’t paying attention. 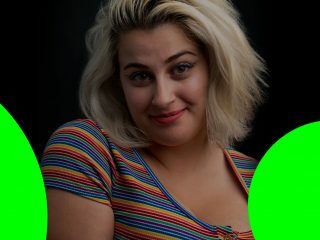 Previous Post (p) Crisis in the Creative Industry: Working Through a Creative Block 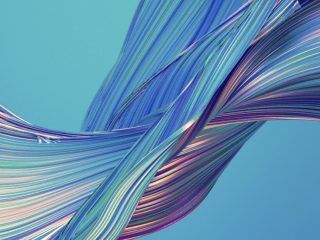 Next Post (n) The Great Resignation and You: How To Retain your employees