Online advertising is growing. Fast. Last week we took a look at some of the different ways in which you can advertise online.
Now, however, we need to start getting into the nitty-gritty of the subject and try to understand how you buy advertising online.
There are various factors that determine the cost of advertising bought online. The first two I’ll go through are purely online-based methods of calculating advertising, whereas the final one takes a bit more faith on the end of the advertisers’ part.
Advertising with ad networks such as Google or Facebook is usually based on bids. So you give them a maximum amount of money you’re willing to pay for your goal and they will spend the minimum possible to get your ad showing.

How does bidding work?

Well, there is no simple answer to how exactly how an ad is served up and at what price, however this example might help. We’d set a €2 per click bid for my search advert. If our competitor for that search spot has bid €1.50 per click, our ads will show up with a bid of €1.51 until our budget runs out. Theirs will then show up at €1.50 (or whatever the maximum bid is after ours).
It’s much more complicated than that in reality, because Google will look at hundreds of factors, including the quality of the ads and the relevance of the site before determining how much I’m actually going to have to bid. So the quality of the setup of search advertising is as important as how much you’re ready to spend, because it will determine how much you actually get to spend per click.

The first method quantifying the cost of advertising online is based on impressions – i.e. the number of times your advert shows up in front of a human person visiting a website. This is usually calculated on a per thousand (CPM = cost per “M”, the roman numeral for 1000).
It makes sense to determine how much you’d like to spend using CPM when your goal is to get in front of as many people as possible. In fact CPM is one of the best ways to buy display advertising.

The really interesting stuff starts when you start comparing the two. Later on in the post we’ll be seeing what we can judge our advertising effort on, however let’s assume we’re only after traffic (clicks). I might be paying €0.50 per click and €0.20 per 1000 impressions. So if people click on my advert less than once every 2,500 times it’s served I’m better off buying clicks.
If, on the other hand, I manage to create an advert that’s good enough, and targeted enough, to generate one click per thousand impressions, for example, I’d be much better off buying ads based on impressions.

This is probably one of the hardest ways to buy online advertising for agencies like ours. It is also the easiest for clients to buy directly, but then leaves clients spending much more than they should.
When you buy a slot you’re effectively buying a banner (or sharing the views of a banner with other advertisers) on a specific site. The problem with this is that you’re committing your ad spend with a specific site at a pre-agreed rate. You usually pay over the odds both when measured on CPC and on CPM, but it could be the only way to get to a particular property, so when a site has enough clout, this is the most money they can make with online advertising.
Some sites have mastered this and earn much more revenue that they would have using traditional methods of advertising. It’s great for them, but savvy advertisers know that readers spend so much time on the internet nowadays that whether you get to them on one site or on another, you’ve still managed to serve them your ad.

How is return on investment (ROI) measured online?

Each campaign should have a goal defined. This determines the way in which we’ll judge whether the campaign we ran was a success or failure.

If all I’m after is exposure, then all I should care about is my reach and frequency. The reach of my ad is how many people (or devices) my ad was served to. How many human beings out there saw my advert.
Frequency tells me how many times each of those people saw an advert from my campaign. A successful brand exercise will aim for a pretty high frequency, even though we would try to achieve it over a protracted period if possible. In general, I’d prefer someone to see one of my ads daily for a month than 30 times in a day.
Unless I’m absolutely positive that the people I’m exposing my ad to are in the perfect audience (as we do for some clients of ours), this is a very soft measurement because I have no idea how effective my ad is (unless I use “traditional” methods, see the last point).

When I have a site that I’m using to convert my goals, then my aim is to drive traffic to it, and the way I judge my campaign is based on traffic to my site. This is still a “softer” measurement, because if all I measure is traffic, then I can’t know whether the people coming to my site are actually interested in what I have to say or sell.
I could go into more detail based on campaigns, such as how much time people are spending on my site after they come in through an ad or whether they visit multiple pages. This would help me determine the quality of the traffic I’m generating and whether my ad is getting to the right audience.

Cost per lead is a much better way of calculating how effective my advertising is. A lead is someone who’s interested in my product or service. With B2B advertising it is usually very hard to close sales without the intervention of a sales rep, so we’d measure how many people we’re sending to the sales force.

The ultimate method of measuring the effectiveness of a campaign is by calculating the cost per acquisition (and subsequently the direct Return on Investment when you have the revenue generated from a sale).

Finally you have to keep in mind that online advertising can also be measured with more traditional methods – i.e. offline measures.
We recently ran a campaign for a client of ours that has no way of selling online. It was a year-long campaign which tried to take their brand of paint from being the one painters chose to also be the one home-owners chose.
There was no way to track how effective the campaign was online, but the company had a record year in terms of sales. Since it was the only thing that changed that year, it was pretty easy to attribute the success to the campaign we ran for them.
You can also use other methods such as brand recall and first of mind mentions when tracking how effective an online branding exercise has been, but it’s really hard to specifically pinpoint which medium is working more if you’re running a campaign both online and offline. Having said that, this is no harder than measuring the effectiveness of traditional media.

If you’ve managed to read through this post and last week’s you’re probably pretty confused. You can probably also understand why it’s important to have an agency that really understands online marketing. There’s much more to online advertising than simply ordering a page on a magazine. The potential for reward is much greater too, but it’s also much easier to make a mess of it all.
Drop us a line if you’re confused. We’ll be happy to help you out, and as always, the coffee’s on us! 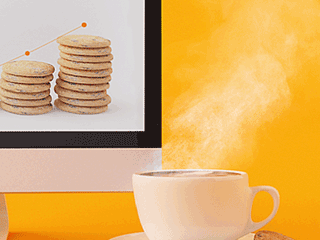 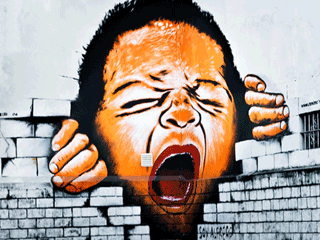