It takes years for a brand name to become so widespread that it becomes a verb.

With Google, both apply.

It started with social media. Originally, ‘googling’ was coined for the Google Friends network, when Google was still a cached webpage on Stanford’s systems. Larry Page signed off with the phrase ‘have fun, and keep Googling!’, and nearly a quarter of a century later, we use ‘google’ instead of ‘look it up’, instead of ‘search engine’, and instead of ‘find out yourself’.

Similar to Skype (or now, Facetime) and Hoover, Google has ourobouros’d itself: it is not longer referring to a search engine but to a way of thinking, and by extension, to the way we think about things through Google.

And that way of thinking has changed us, from how we shop to how we find things.

Googling It: The Beginning

The interesting thing about Google is that it has been mythologised as the first search engine.

What Google did better than any of the earlier search engines was ranking. AskJeeves and AltaVista were much bigger search engines at the time, but they delivered web page results according to relevance. Those results didn’t always have what you were looking for: they were just the first results that used the most keywords to what you were looking for.

But people don’t always look for exactly what they type.

Sometimes, they look for an answer that can’t be put into words. Not exactly. Not how they need it to be.

So what Google did was change the way they delivered search results. Instead of basing how pages ranked depending on relevance, they ranked pages by popularity – by how many people had visited those pages, spent time on those pages, what they took away from those pages.

The early Internet of the 90s wasn’t an organised font of knowledge, as it is now. It was a collection of pages, loosely collated into something forming a database. Before Google, finding what you were looking for was as much luck as it was curation, sometimes more.

Changing the way they delivered search results was a small thing.

It was enough to change us.

How Google Changed the World

People have always been curious. They’ve always wanted to know things, no matter how irrelevant to their lives those kinds of things are; it’s the thrill of knowing that draws.

That immediacy is what elevated Google from a search engine to a verb.

Google gives us the answers, fast and accurate. We don’t need to think for ourselves anymore, not really – why troubleshoot a problem when Google can tell you exactly what to do?

Retail pages that rank highly enough on Google reap the benefits of being first-to-mind. They also need to work hard to stay updated and active, otherwise other pages will elbow their way in. Balancing that popularity could – and is – a full time job in itself.

The Problem with Google

The fundamental problem with Google is that it filters our information. Whatever is most attractive to Google is what you get.

Google made it easier for us to find the information we’re looking for. To be able to do that, there has to be a ranking system in place. Without those metrics, the web is just a library with no index, and you’re armed with a pencil, a notebook, and half an hour to find your way around.

But Google is also a human product. It isn’t infallible. False and fraudulent claims are common. Your page could just get lost in the mire, drowned out by louder pages offering semi-realistic goals. Now that Google had introduced its fact check feature, this is a rarer occurrence, but it’s still something to keep in mind. Some pages are just louder than others.

Getting Around with Google

You need to learn to game the system.

Google is an excellent tool for any business to use. Whether or not you’re using it well enough to get the results you want is what you need to think about.

Here’s five tips to help you figure out if what you’re doing works:

Recently there’s been discussions about cutting down Google’s monopoly on information.

Google, as a business is too big and too entrenched in day to day life to actually fail, but it could change rapidly to avoid the criticism levelled at it by companies, governments, and the population. When that happens, much like the death of the cookie, the way we look up information will change too.

Or, if you’re busy, hire a watchdog to stay aware for you. 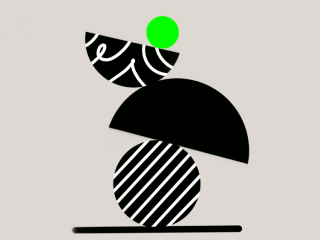 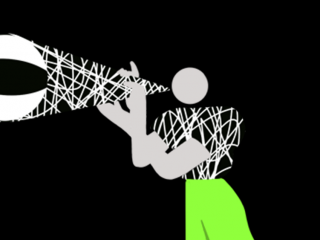