Stay for the footnote: What does this mean for my business?

The internet has a habit of amplifying the human condition.

If there is something we’re great at, we get to see a lot of it – training dogs to perform tricks, recipes to make kale edible, breaking Olympic records, and how to tear a pair of jeans into an entire outfit.

If there is something that we suck at, then the internet amplifies this to an extreme. We don’t need examples of this. You surely have a memory of something horrifying you saw on the internet that made you doubt whether our species ought to persist.

But there is one thing we all struggle with. It is called cognitive dissonance. We are a species almost incapable of holding two opposing notions in our minds at the same time, even if they are both valid.

So we create a single view about absolutely everything in an attempt to simplify the world. If we love some stuff and hate some other stuff, there is this comforting binary space (the irony of which doesn’t go unnoticed) that is devoid of grey areas.

When anything happens anywhere in the world, we examine it and, undecided, read the opinions of people in our social streams. Unsurprisingly, there is a relatively homogeneous opinion – our spheres love it or hate it (there is an even worse fate – that of a whole lot of unimpressed ‘meh’ reactions).

Then we commit. We’re all in and invested or we’re hating the guts of whoever made the news.

Today, after a few weeks of typical Elon Musk cryptic tweets, Twitter seems to have agreed to go private, with Musk purchasing the shares for somewhere in the region of $44 billion.

Unsurprisingly, Twitter exploded once again. And just as predictable is an overwhelmingly binary set of reactions (along with the usual ‘if he spent so much money doing this why didn’t he spend them doing that?).

Broadly speaking, the two positions are:

So, if Elon Musk knew that the world would be divided by the news and that neither of the positions is apparently an ideal outcome, why did he make such an expensive move?

If we knew the inner workings of his mind, we’d be just as rich. We cannot presume to know the totality of all the moving parts that are in motion when a deal of this magnitude is struck. What we can observe is a pattern of behaviour.

The billionaire who is a fan of a Formula 1 team and sees it struggle as a result of poor business decisions wakes up one morning and buys the team. The same happens with favourite football teams, media outlets, retail giants… we’ve seen this happen before and there is no stopping it. After all, the world’s billionaires are getting younger and, paradoxically, give fewer fucks than their ageing counterparts.

What do we think of it?

At Switch, we have a healthy discussion going on about the news. We’re presenting a few quotes rather than editing them into a single position because, well, we’re not vanilla.

Tom was quite succinct, preferring to dig deeper before committing to a complete opinion but he is certain about one thing:

“I honestly haven’t read much into it though the thought of Donald Trump being given a platform on twitter again is pretty scary.”

“I’m conflicted because while it does mean a big change for Twitter and a greater platform for far-right pundits, it’s not like Twitter doesn’t already have major issues – what we’re probably going to see is a mass exodus of people, which happens every time a social media becomes too big and therefore starts trying to implement changes. We saw it with Facebook: people are on Instagram. Then we saw it on Instagram: people are now on Twitter.

The only difference is that there isn’t a ready small platform to take over from Twitter now, but there will be eventually, or everyone will end up on Reddit/Tumblr.”

Rik lands quite firmly on one side of the debate:

“Makes sense that Elon Musk would buy the social media platform that’s mainly inhabited by bots – it tallies with his vision of a future for androids.

Seriously, though, my biggest concern with Musk buying Twitter is that we haven’t had a time in which one individual has owned a social media platform (when it was popular). Zuckerberg and Dorsey were limited because they are in charge of publicly listed companies. This will be different.

There’s also the bigger worry that this is Elon Musk. He’s always been a very shady individual, someone who put his personal gain and his ego over everything else, someone who does token moves of “free speech” from time to time, someone who has a god complex, and will go after people who show dissent in ways that are extremely unfair and irresponsible, for example:

The big worry with Musk owning Twitter is that he will allow it to become a romping ground for right wing conspiracy theorists, because he’s one of them himself.

There is a lot to be said about free speech, but he’s shown that he’s only a supporter of free speech as long as it works in his favour.

And he clearly doesn’t understand moderation or free speech – based on this interview he’d allow anything that was legal, and only stuff that’s legal. This would be a big problem in a country like the US (where hate speech, technically, is legal, and in countries with authoritarian leaders, where any dissent is illegal).

Will he allow tweets in favour of unionisation at Tesla?

There’s one ray of light. If he does make Twitter a platform in which everyone can be verified, then it would make it easier to spot bots, that’s about the only positive thing to come out of this, in my opinion. But then what would Tesla do without shills?

Or will he make exceptions for the bots that help him line his pockets?“

We’re here for it

“Whether truthful or not, Elon has committed to his version of free speech, ostensibly his reason for making the acquisition in the first place. His tweet saying “I hope that even my worst critics remain on Twitter, because that is what free speech means” is out there, committed to the collective memory that the internet is.

My first move would be to restore Donald Trump’s account, even if I despise everything he stands for. I’m firm in my position about freedom of expression and reject every form of censorship. This starts with where it hurts most – those with opinions that are diametrically opposed to my own.

A truly free platform would be an exceptionally useful tool and, like every good tool, can be used for almost any purpose.

A knife can carve steak or fatally stab. A plane can take me across the Atlantic in a few hours and can be flown into a building. A truly free platform is a great idea if we are to accept the possibility that there will always be a sizeable chunk of its users with whom I have nothing in common. They will write stuff that will anger me. They will take the ‘wrong’ side of every debate. They will incite anger and hatred and resentment. They will reflect their humanity in a snack-sized chunk of words we call a tweet. They will do what the village square did for millennia. And when Twitter was first conceived, before it took the inevitably tortuous path that every public company takes, it was created to give the exact same 140 characters to every user.

Jack Dorsey was quick to endorse the move to privatization of the platform, whatever his opinion is worth, “The idea and service is all that matters to me, and I will do whatever it takes to protect both. Twitter as a company has always been my sole issue and my biggest regret. It has been owned by Wall Street and the ad model. Taking it back from Wall Street is the correct first step.” One must keep in mind that he will net close to $1 billion as a result of the deal.

Let’s remember something pretty obvious. We are talking about Twitter. We are discussing a platform that we voluntarily signed up for and use whenever we feel like it. We choose our feed by curating the list of people we follow. Talking about Twitter as if it were the sole bastion of democracy, as though we were part owners of the company, as if it were an oracle or a divine presence, is grossly missing the point. The news is that a billionaire bought a social media platform – we know the name of the platform, we know the name of the man, and he makes his interests very public as often as he can. He is entitled to turn it into his own broadcast medium, a cooking show, a kitten-video-only platform, or even to shut it down tomorrow.

In general, however, I remain cautiously optimistic. Musk is a renegade and has a mind the likes of which we see a handful of times in a generation. Of course, he is flawed. Of course, he has made moves that history may judge as mistakes. But I suspect that a $44 billion investment is one that not even he can take lightly. And if there is an initial exodus, a pruning of the platform that makes it a better place, I’m all for quality over quantity. I just hope that as many people I disagree with stay on, because without them Twitter would be a pretty boring place.”

Luke, ever the pragmatic analyst, is already looking ahead at where the potential Twitter exodus will lead us:

“LinkedIn could also potentially become a place where Twitter users end up, if for example Trump is allowed back on the platform.”

A sentiment echoed by Lisa who considers us a utilitarian herd:

“People will go to different places depending on their need.”

What does all of this mean for those of us using Twitter as a communications tool for their business?

As always, we don’t have a crystal ball. The deal itself has not yet properly gone through and here we are, attempting to gaze into the future and see how we can capitalize on the change.

The shape of Twitter is expected to change slightly almost immediately but that’s as much as we know. Apart from the ability to edit tweets (a big deal in the Twitter universe), a more inclusive way of verifying yourself as a human and not a bot, and a reversal of several censorship policies, we know very little of the plans for the platform’s future.

What is certain is that all eyes are on Twitter right now. Being part of the conversation is essential – today more than ever. Even the most vociferous naysayers are hanging around for a while, watching the events play out as they wait for the right moment to make a dramatic exit.

So while it would make plenty of sense to take to Twitter right now as it enjoys a surge in popularity, it also makes sense to listen to Luke and to Lisa and to look at the other platforms that could gain from a potential exodus. If your Twitter game has been on point so far, maybe dial it up a notch, but be sure to cozy up to LinkedIn as you do so. 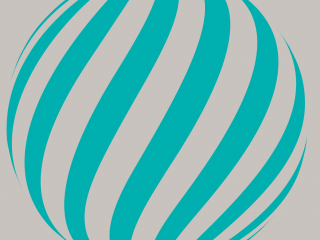 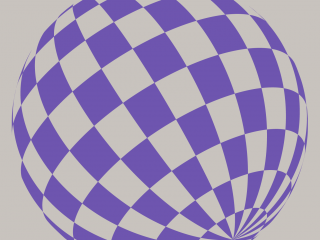