But it isn’t just about a television show.

FRIENDS has moved past the point where you can call it a television programme; it’s become a cultural phenomenon. It’s a television show that survived the fall of television, found a new home in streaming, and keeps producing tie-in deals with big corporations who otherwise have no link to the television or entertainment industry.

It defies age. You can’t pin a FRIENDS viewer down by class demographic. It goes beyond simple nostalgia.

What FRIENDS does have is good writing and humanity.

It’s not a leap of logic to assume that the people who watch FRIENDS also own at least one piece of FRIENDS-themed paraphernalia.

Take it a step further: there’s at least one FRIENDS quote or episode you can recount verbatim.

Without looking it up on Wikipedia.

It’ll be something innocuous – looking at a specific shade of purple, watching a pair of movers load a sofa into a house, or listening to a British cook talk about trifle. Suddenly, your brain makes the connection.

The rest of the episode plays out in your head involuntarily.

The FRIENDS branding machine isn’t a complicated one, but it’s effective.

From the title cards to the pops of pick-it-out-in-a-lineup colour to lines perfect for a soundbite, FRIENDS’ greatest asset is its memorability to the point where the show can really be considered a kind of advanced form of advertising jingle.

You’ve heard of ‘Have a break, have a kitkat‘.

Imagine it as an entire programme.

Why should agencies care?

And it will continue to be.

What FRIENDS does well – what FRIENDS continue to do well – is to tell a good story.

The audience want Ross and Rachel to get together.

They get together in the end.

The audience want a reunion or a movie.

The reunion is happening now.

It’s important to clarify here that good storytelling does not mean a good narrative. Good storytelling is more a case of mechanics: how memorable is it, do people care about what’s happening, how does it work within your larger world, is it going to outlive you, is it going to be unseated when the next hot thing comes along. The narrative matters only as much as how you choose to tell that story, and to what point you allow your audience into the narrative creation process.

When you tell your story to your audience, are you actually telling them a story they want to hear? Does it feel like a story?

Would you get invested in it?

Would you care if it was over?

The story of FRIENDS resonates with people who were born even after the show was finished. When we ran a FRIENDS-themed quiz night way back in 2018, the winning team was made up of teenagers who’d never really tuned in to watch it or understood the shift that FRIENDS introduced in the television industry, but they knew more than the people who did.

At the core of FRIENDS, there’s a distinct, intangible humanity.

When combined with the eminent memorability of FRIENDS, you don’t have a show: you have a brand that keeps on giving.

Can agencies pull off the same thing?

With good storytelling, agencies can do a lot more than they think.

With beautiful visuals, good storytelling, and a compelling narrative, agencies can transcend the limitations of just ‘pushing’ a brand.

But it’s not easy.

You have to back up your story with good. You have to be able to withstand the pressure of understanding that every bad decision you make will become public knowledge — and to understand that it’s still worth doing things, even with that risk.

You have to understand that you need to do things.

The storytelling will come later.

But you need to act first.

And you need to act outside of being a brand.

Consider it this way: television comedy shows didn’t start and end with FRIENDS.

There’s thousands of others that we can keep listing here, but only one is a 17-year-old television behemoth that still brings in profit, that still gets people talking, that still remains strong enough to sell tie-in products.

And that’s the power of good storytelling, of humanising a brand, and of knowing when to act.

If FRIENDS can do it – a show that hasn’t aged well, a show that’s only surface-level good, a show that even its fans admit is dated, even while they extoll its virtues – why can’t you?

And the answer to that is this: you can.

But you have to take risks.

And you have to trust in the story you tell. 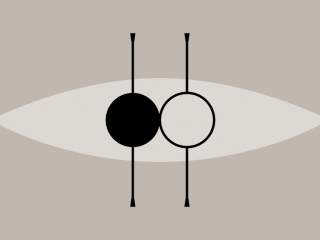 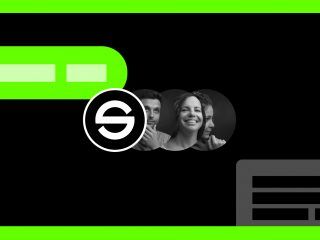 Next Post (n) The Groupchat takes on 'Back to Normal' ads