Believe it or not, Super Mario turned 30 this year! Yes, you are getting old too.
Throughout the years, Mario has become one of the greatest and most recognisable video game characters of all time, earning himself an army of fans. Among them there is illustrator Butcher Billy, who decided to celebrate Mario’s birthday by creating ‘Super Mario Bros: 30 Years of Pop Culture Project’ – a collection of illustrations that feature Mario in “30 events that shaped the last 30 years in pop culture.” 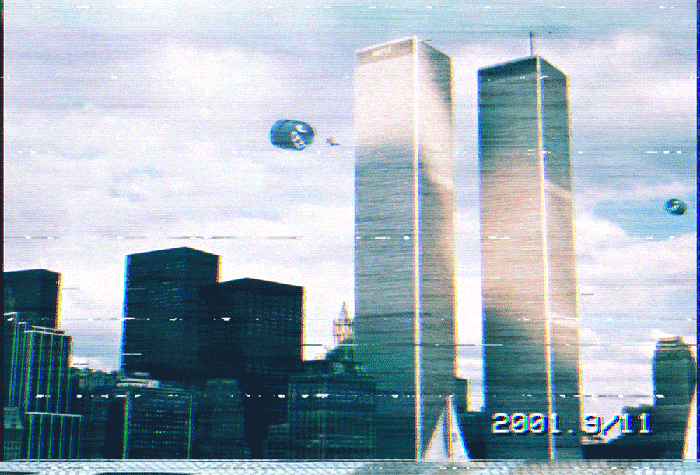 You may wonder: who was the mind behind this great video game? Surprise, surprise, it was no other than Nintendo’s Japanese video game designer himself, Shigeru Miyamoto.
Shigeru was asked to create something new by designing a game for the cabinets – and so he did. Although he was not a programmer, he thought through the storyline before starting any work on the gameplay – probably the first time that this ever happened in the history of video games. Mario eventually served as Nintendo’s mascot and, naturally, the protagonist in the series.
Being the short and chubby Italian plumber that he is, Mario’s adventures mainly include saving Princess Peach from villain Bowser. Shigeru was originally going to create Mario as a carpenter and his archenemy King Bower an ox, but funnily enough he was turned into a turtle when the animators couldn’t understand what Shigeru had drawn out.
The origin of his name is pretty funny too: during a brainstorming session with the staff, who were trying hard to come up with a name for our beloved protagonist, the meeting was interrupted by Mario Segale, the landlord of the Nintendo’s office in America, who demanded an overdue rent. That, dear friends, is how the name Mario was picked!
Introducing a style so imaginative and entertaining, it’s safe to say that it really hasn’t drifted away from its initial style over the past three decades.
You may notice that Mario’s design is incredibly similar to Monopoly’s basic design – it just doesn’t change, and people keep on playing and playing.Wonder why? It’s all due to the little surprises you find along the way and simply the overall experience, and who could forget its quirky music?

How was Mario created?

Each and every square of land, Goomba and the question mark blocks had to be drawn by hand and coloured on graph paper. When the designers were satisfied with their work, it was sent off to a developer to be coded. Since making changes or fixing simple errors was way too messy, opaque tracing paper was overlaid on top of the level currently being drawn. Naturally, today Nintendo uses computer programs to help edit and design their games, making it way easier to correct any errors.
The way Mario moves throughout the game is of incredible importance to any Nintendo designer – which, in fact, hold their own programming team, just to maintain the physics of Mario’s jumping and running.The reason why Mario slips a little when he jumps is to add a perceived weight to Mario. Without this he would just feel like a flat figure, drawn on a 2D screen. When transitioning Mario to 3D, he needed to have more weight, enough to squash him into the ground a little when landing, and get his momentum going again straight after.
“Adding weight helps the player believe it’s a real character, this helps them from emotional attachment,” Shigeru Miyamoto explains.
Are you a Mario, Peach or Toad fan and love design? Are you in the need of some character inspiration? Yes? Then you’ll definitely drool over this manual, which Nintendo and Pantone have created to give an insight into their character design! 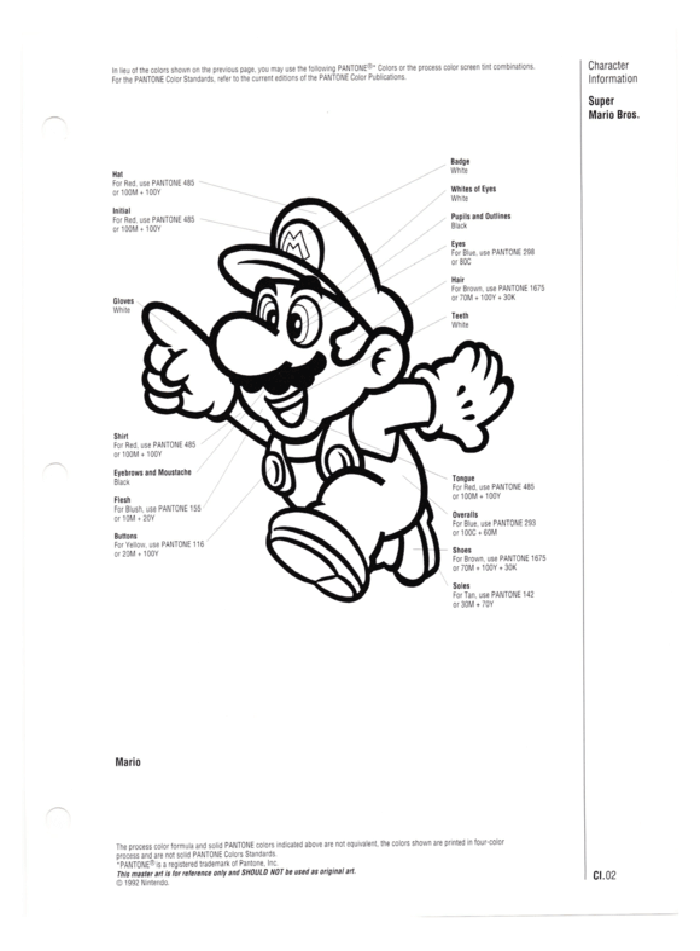 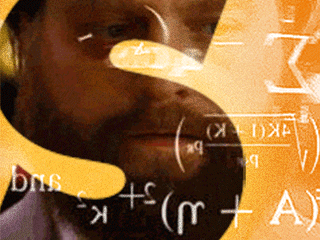 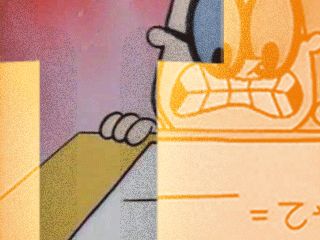